The Practice Of Meditation

Today a new, healthy human society must be created which not only fulfills physical needs but fosters psychic and spiritual elevation as well, guided by those with universal vision, whose every thought is for the good of all. The world desperately needs their soothing touch of love.

The leaders of such a society will have love and sympathy for the whole world because they are not attached to any nation, race, caste, creed or gender; their lives are attuned to the life of the universe. There is no possibility for them to hate or harm or exploit any creature of the world because they look upon everybody as themselves. Then all humanity will be encouraged to attain self-realization and all people will cooperate to fulfill their potentialities and utilize their collective resources for the welfare of all.

Thus the practical foundation for a universalistic society where people are truly in harmony with one another is an individual mental process by which the leaders and members of that society are regularly expanding their minds to experience their essential unity. There is no use of trying to reform our political, economic and social systems if our minds are not reformed: the continuous effort to elevate our minds by meditation is the prerequisite for social change.

How can we calm the turbulent waves of the conscious and subconscious minds and attain the indescribable peace and bliss of the higher mind, the superconscious state of mind and the Self beyond? We must first transcend the extroverted, conscious mind; and for this, we must perfect its vehicle, the physical body.

Asanas which means postures comfortably held are a scientific system of exercises developed thousands of years ago by yogis. They not only maintain the health of the body by stimulating circulation, limbering the joints, toning the muscles and massaging the internal organs, but they also help to calm and control the mind.

Yoga asanas are not simply physical exercises for health, beauty and long life, as is popularly believed: they are an important part of an integrated physical and psychic practice to refine the body and prepare the mind for higher consciousness.

We Are What We Eat

The physical body is not something different and separate from the mind – it is the mind’s outermost layer and the base for meditation. In yoga, it is called the "food layer" or "annamaya kosa" because it is composed of the food we eat. As the mind becomes more subtle through meditation, the body must also become more subtle, otherwise, the parallelism between physical and psychic layers will be lost and our progress will be retarded. Thus yogis have always emphasized the importance of a vegetarian diet to maintain the purity of the cells of the body, just as the practice of meditation is purifying the layers of the mind.

Getting Past the Subconscious Mind

Once you have stilled your senses by the process of sense withdrawal (the technique of Pratyahara as taught in Raja Dhiraja Yoga) you are entering your subconscious mind. Meditation actually begins with the subconscious mind.

The moment you deeply enter your subconscious mind, what is happening in the mind? Everything. Visions, pictures, memories, plans, anxieties. They are flooding your mind in a torrent. You remember everything you did during the day and plan everything you will do tomorrow. You regret arguing with your friend and losing your temper with your mother. You picture the new car you wish you had. You plan what you are going to eat when you finish meditation and you imagine eating it. Then you start to wonder: "What good is this meditation, anyway? I am supposed to get mental peace, but I’m thinking more than ever before!". Your mind is rattling and churning and ideas are flying everywhere like popcorn popping from the pot when the lid is suddenly removed. 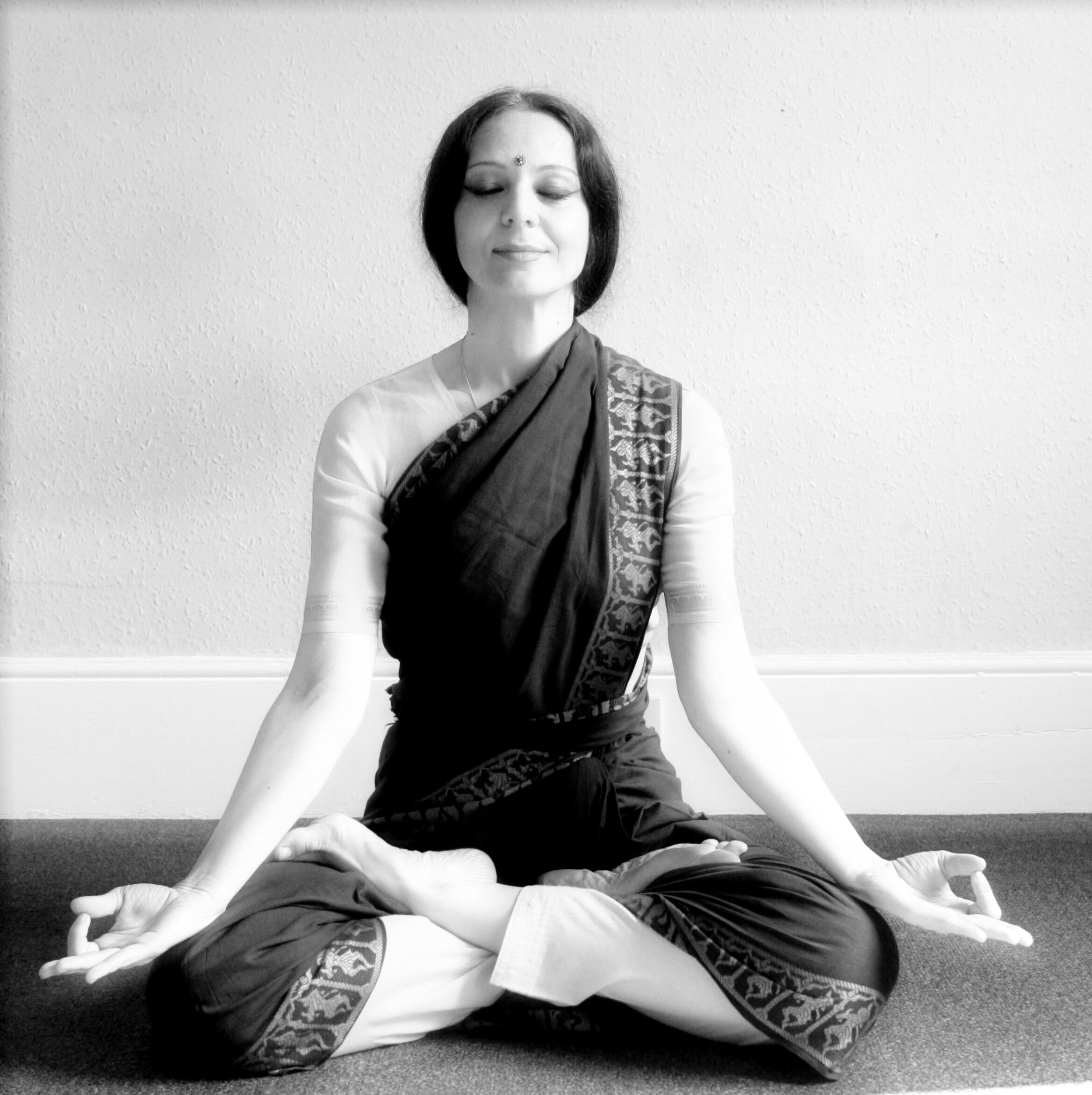 There must be a better way. And there is. It has been tried and tested for thousands of years – there is a most efficient and practical process to pierce through the disturbances of the subconscious mind and enter the blissful, superconscious state. Concentration means only one thought. But there are usually many different thoughts in the mind. So how do we control them? We have to channel all our thoughts towards a greater one; a stronger and more positive one. And the strongest and most positive thought is that of bliss; perfect peace and contentment – the essence of our existence.

That positive thought is introduced into the mind through what we call a mantra. Man means "mind," and tra means "that which liberates". So mantra means a word or phrase which "liberates the mind". The mantra is like a rocket engine that propels the mind beyond the "gravitational field" of the lower levels of consciousness, through all the turbulence of the subconscious mind, to the superconscious – and beyond. Thus a correct process of meditation involves the generation of immense psychic energy through intense concentration on the mantra.

Some systems of meditation which involve internal repetition of certain sounds, advise the meditators not to concentrate on them. Such techniques are quite relaxing and refreshing. But for spiritual elevation, concentration is essential – the intense effort to focus the mind on the mantra. The mantra has three qualities which empower it to be the catalyst for rapid spiritual progress It must be pulsative, incantative, ideative.

It must have an even number of syllables so that it can flow rhythmically with the breathing, for the breathing has a profound effect upon the state of one’s consciousness. The functioning of breathing is closely associated with the flow of vital energy in the body, called prana, which in turn greatly affects the mind. If the breathing is fast and irregular the prana becomes unsteady and agitated; the mind becomes disturbed and perception and thinking are unclear. Thus control of breathing (pranayama) is an important part of yoga training. The more the breathing is slowed and regulated, the greater the composure in the prana, and the greater the concentration and control of the mind.

Thus the mantra must be of an even number of syllables so that its slow and rhythmic internal chanting will serve to slow the breathing, steady the prana and calm and control the restless wandering mind.

Each entity of this creation has its own particular entitative rhythm, its own note in the universal harmony. The source of this ceaseless rhythmic movement is the Infinite Consciousness, soundless and still, the ocean of peace. Undisturbed by any vibration, it flows in an infinite straight line.

The ancient sages who had merged their minds in this sea of unexpressed Consciousness realized that that the universe is a vibrational play of varied waves with different wavelengths.

Indian music, developed by the great yoga master Shiva, over seven thousand years ago, was one branch of that science. The classical ragas or musical scales are so subtly attuned to the rhythms of nature that each raga is to be played or sung only in a certain season and at a certain time of the day, to produce a specific emotional effect in the musician and audience. One raga is played only at dawn in the spring, to evoke the mood of universal love; another is sung only during the evening in summer, to arouse compassion; still another only during midday in the rainy season, to summon courage. 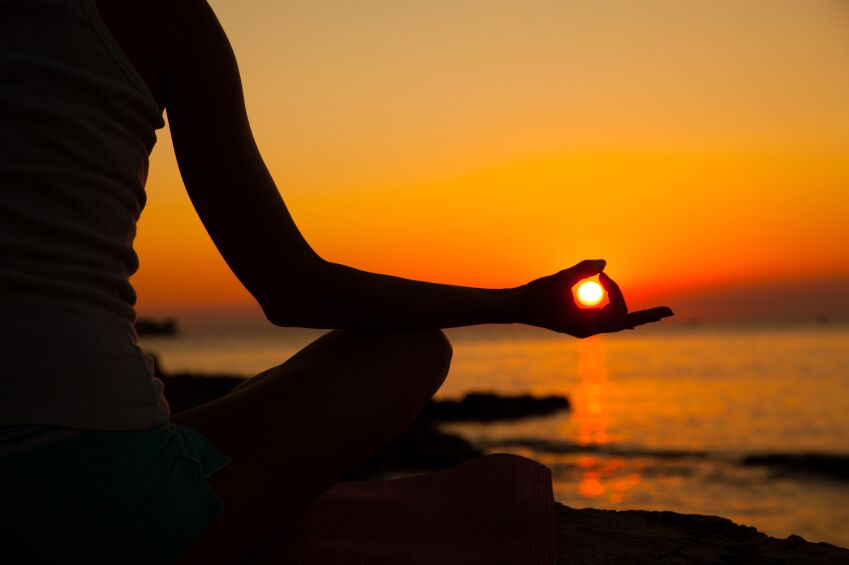 But the subtlest of all these sciences of sound was the science of mantra. The masters knew that each individual’s entitative rhythm vibrates at a particular frequency. Like many instruments in a symphony playing in harmony, the combination of all the different “bio-rhythms” of mind and body (psychic waves, heartbeat, metabolic rate, etc.) produces the individual’s particular “melody”. If this individual melody is raised to subtler and slower frequencies, it ultimately becomes infinite – and the mind merges in boundless Cosmic Consciousness.

Through long inner experimentation, the yogis developed a series of powerful sounds or mantras, which, when chanted internally, resonate with the individual’s entitative rhythm and gradually transform it into the infinite straight line of Supreme Peace. These sounds originated from inside of their own bodies and were systematized into the oldest alphabet and language on earth – Sanskrit.

The Sanskrit language – sometimes called "the mother of all languages" – was developed from the externalized sounds of our subtle internal energies. It is the human body’s eternal song. Sanskrit is the universal language of self-realization.

The yogis combined these powerful sounds into mantras which are attuned to the universal rhythms of the cosmos. For thousands of years, these mantras were never written down, lest they are misused by unworthy power seekers, but were passed down directly from guru to disciple by the method of initiation, or "diiksha". Even today they must be learned personally from a qualified teacher, for different individuals with different entitative rhythms will receive different mantras for concentration.

The third quality of the mantra is "ideative". The mantra is not only a vibratory, pulsating sound that harmonises all the rhythms of the mind and body with the Supreme Rhythm, it has a specific expansive meaning as well.

We are continually in the process of becoming the object of our ideation. So the meaning of the mantra is vital. It must be the most uplifting ideation; the most positive of ideas. Thus the process of meditation also employs a repeated affirmation – the meaning of the mantra: "I am Infinite Consciousness"… "I am one with That". Actually, this is the reality – on the highest level of our being, we are infinite and we always have been; we only do not realise it because we identify with our small egos, with the limited lower levels of our minds.

So, by daily practice, by the constant ideation, "I am That", we gradually lessen our false identification with our body and lower mind and identify with the blissful Self within. As the mind gradually, imperceptibly expands through higher and higher levels, one glorious day we become completely free from all bondages of ego and realize that we are not this body, we are not this mind, we are not this imperfect personality – we are infinite. We are the Supreme Consciousness. In that moment we go beyond mantra – beyond pulsation, beyond vibration, beyond ideation – and in breathless silence we dissolve into ecstatic union with the origin of all.