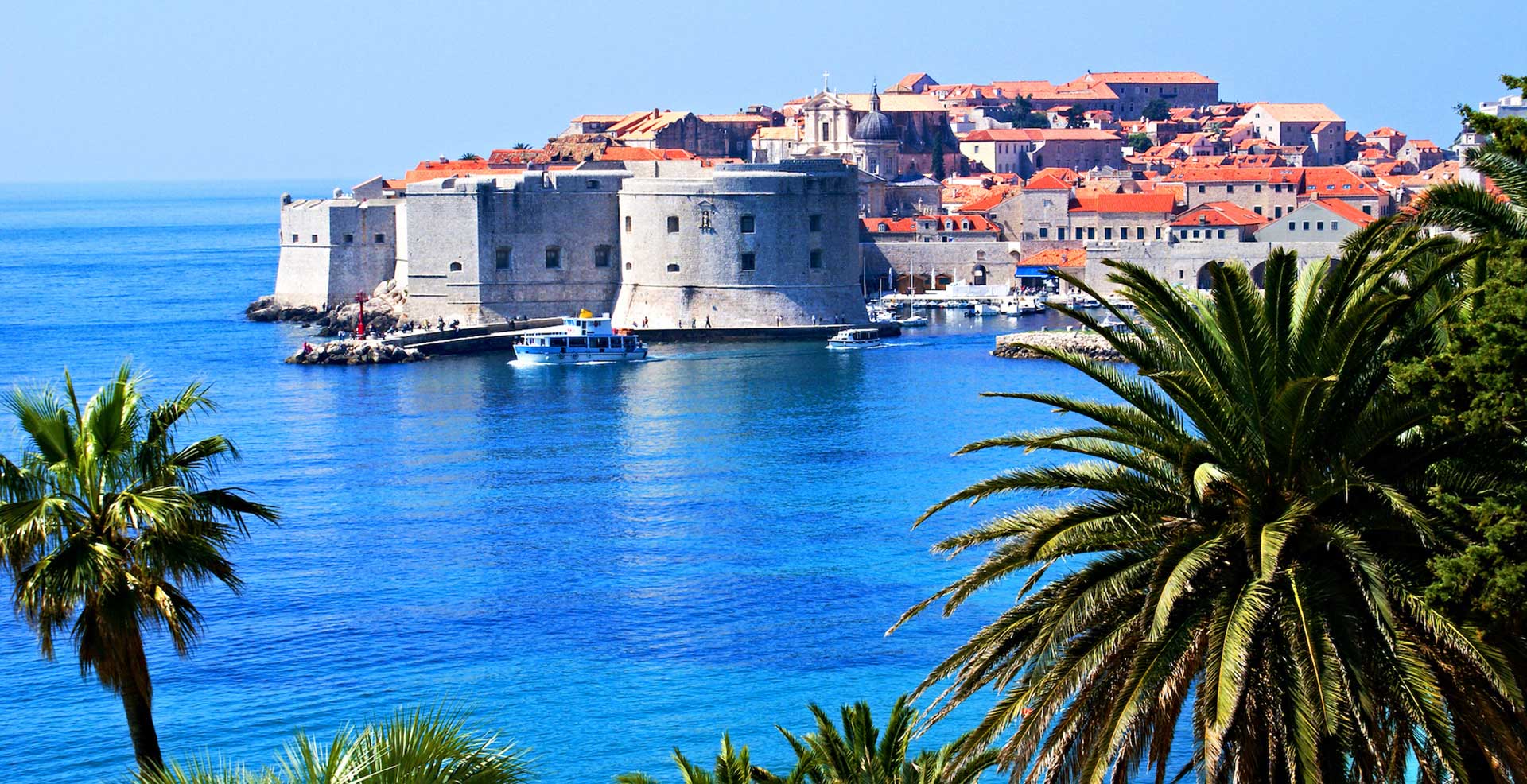 Croatia is a Central European and Mediterranean country, bordering Slovenia in the west, Hungary in the north, Serbia in the east and Bosnia and Herzegovina in the south. Croatia also has a long maritime border with Italy in the Adriatic Sea. These borders total 2,028 km altogether.

Croatia has a strange shape (similar to a croissant) - similar to no other country in the world - which comes as a result of five centuries of expansion by the Ottoman (Turkish) empire towards Central Europe (although Croatia was never conquered by the Turks).

Croatia covers a land area of 56,691 square kilometers and has a population of about 4.4 million people (2001 census). Over 90% of the population is Croat, but there are also Serbian, Bosnian, Hungarian and Italian minorities. The main population centres are Zagreb, the capital (with a population of just under 800,000), Osijek in the northwest, and the ports of Rijeka, and Split in the south.

The official language is Croatian, which is written in the Latin script. Croatia has an amazing 5,835km of coastline, 4,057km of which belongs to islands, cliffs, and reefs. There are 1,185 islands in the Adriatic, but only about 50 are populated. The largest island is Krk (near Rijeka) which has a land area of 462 square km. 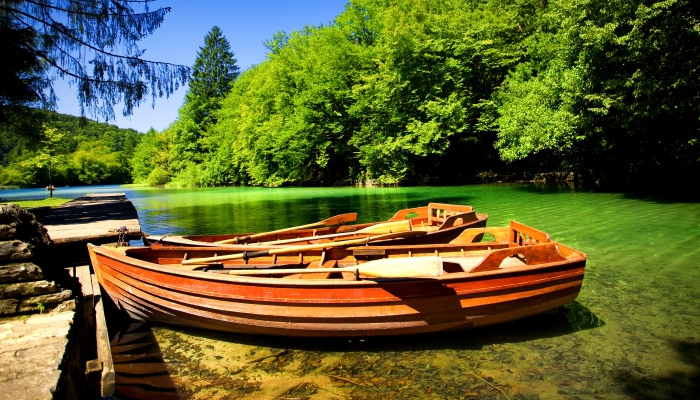 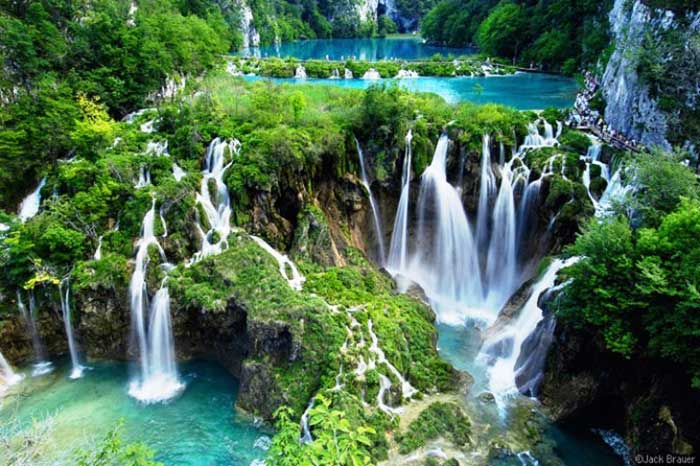 The climate is Mediterranean along the Adriatic coast, meaning warm dry summers and mild winters, with 2,600 hours of sunlight on average yearly - it is one of the sunniest coastlines in Europe! In the interior of the country, the climate is continental with hot summers and cold, snowy winters.

The country is famous for its many national parks. The most famous one being Plitvicka Jezera or simply Plitvice.

Croatia has a mixture of climates. In the north and east it is continental, along the coast it is Mediterranean and it has a semi-highland and highland climate in the south-central region. Istra has a temperate climate, while the Palagruža archipelago is home to a subtropical climate.

Insular Croatia consists of over one thousand islands varying in size. The largest islands in Croatia are Cres and Krk which are located in the Adriatic Sea. The Danube, Europe's second longest river, runs through the city of Vukovar. Dinara, the eponym of the Dinaric Alps, is the highest peak of Croatia at 1,831 metres (6,007 ft) above sea level.

An important characteristic of the Croatian landscape are its numerous natural lakes. The biggest one, Vransko lake stretches over 30 km² in Zadar and Šibenik-Knin county. 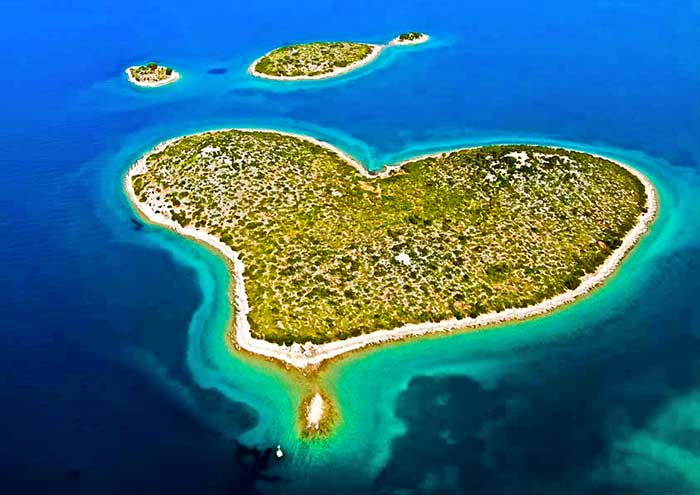 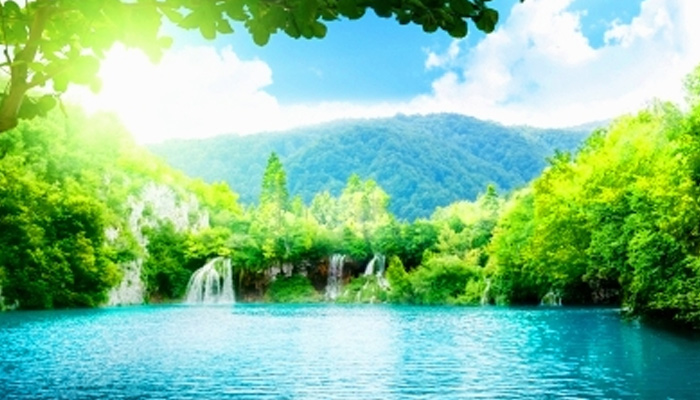 An interesting phenomenon is Lake Vrana, a crypto-depression lake located on the Cres island, used to supply households, on the islands Cres and Losinj, with fresh water. Lake Peruca is the biggest artificial lake used for energy generation in Dalmatia.

The most famous are the Plitvice lakes, a system of 16 lakes and waterfalls connecting them over the dolomite and limestone cascades. The lakes are renowned for their distinctive colours, ranging from azure to green, grey or blue. The colours change constantly depending on the quantity of minerals or organisms in the water and the angle of sunlight.

The breathtaking natural scenery found all over Croatia attracts many visitors and every year a large number of people choose to spend their holidays in Croatia.

Zagreb is the capital of Croatia. Zagreb is a vibrant city of around one million inhabitants. The city boasts a charming medieval 'old city' with architecture and cobbled streets reminiscent of Vienna, Budapest, Prague, and other Central-European capitals. In 2005 it was visited by over half a million tourists. 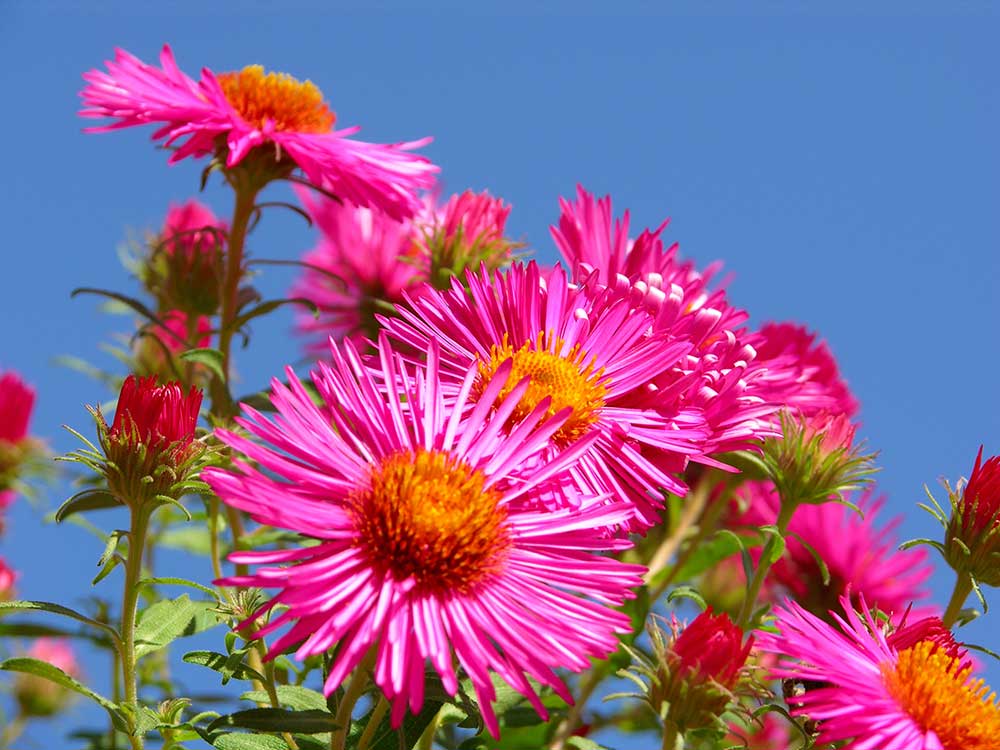 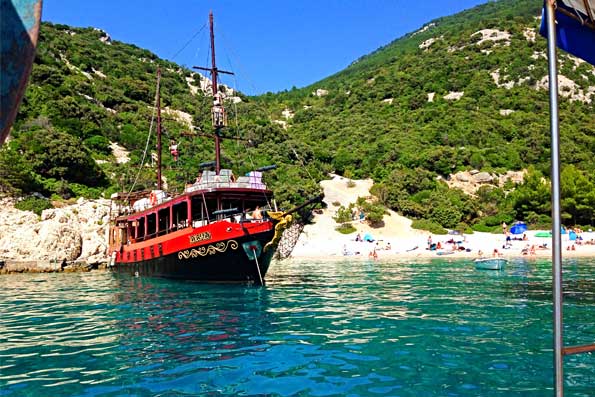 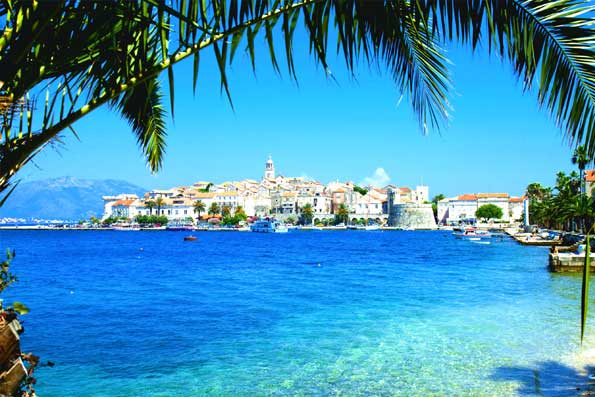 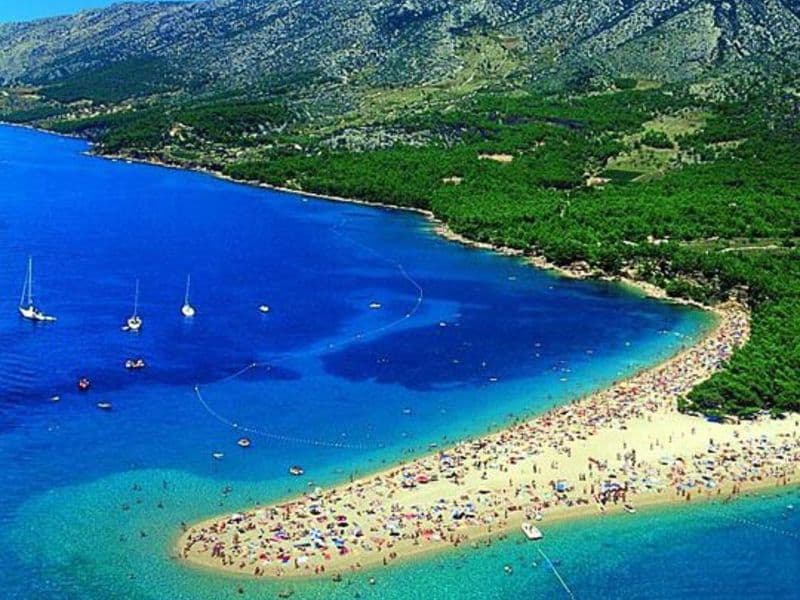 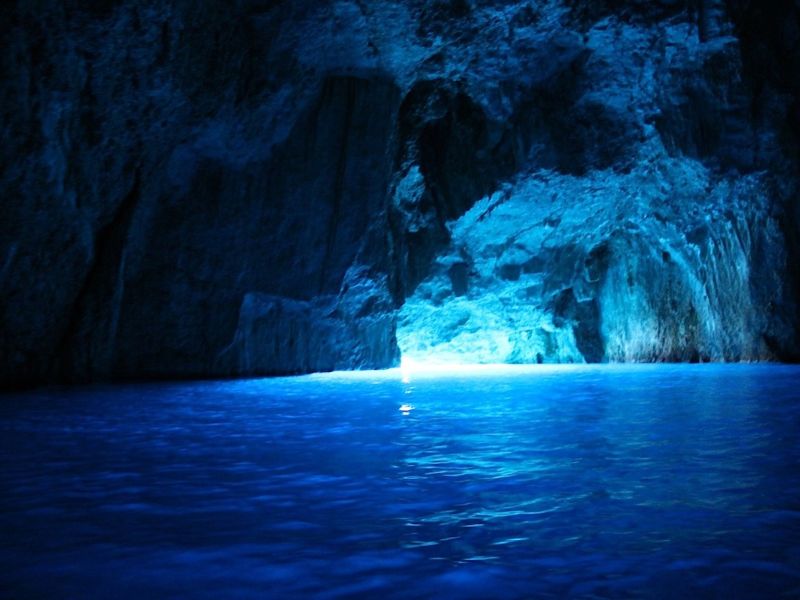 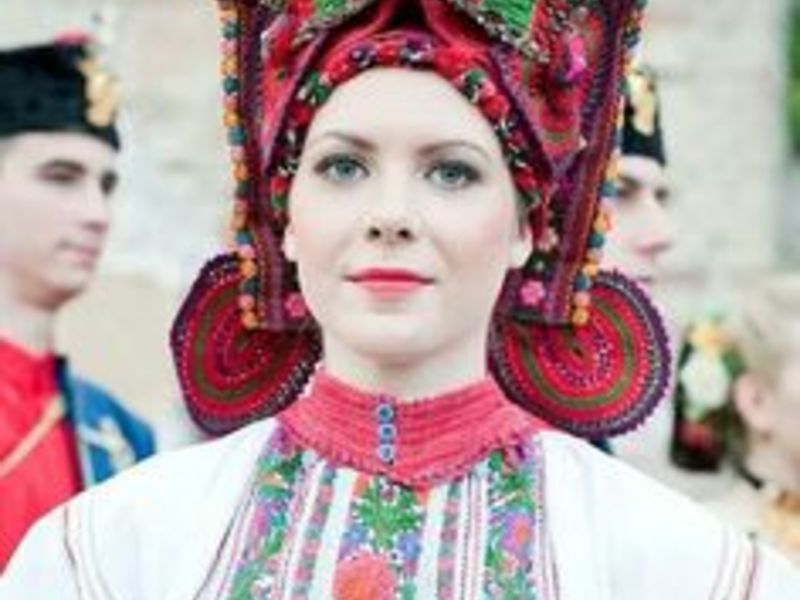 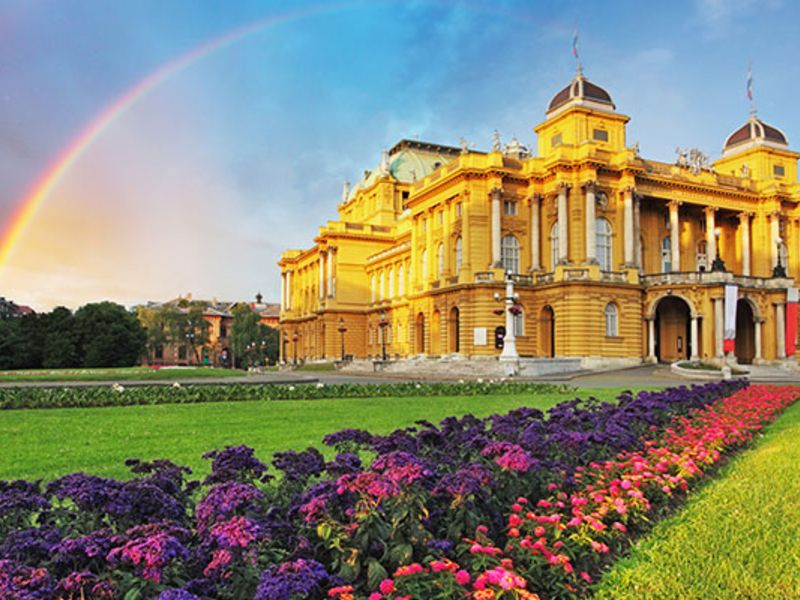 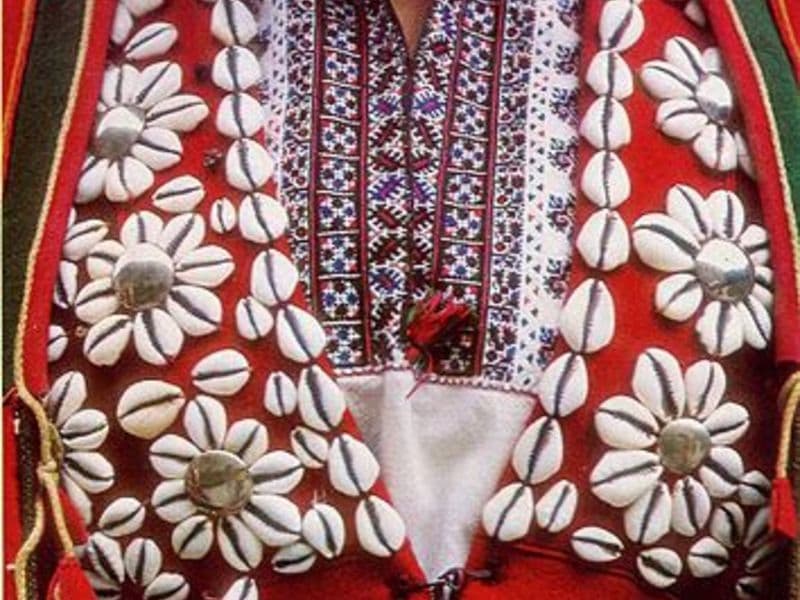 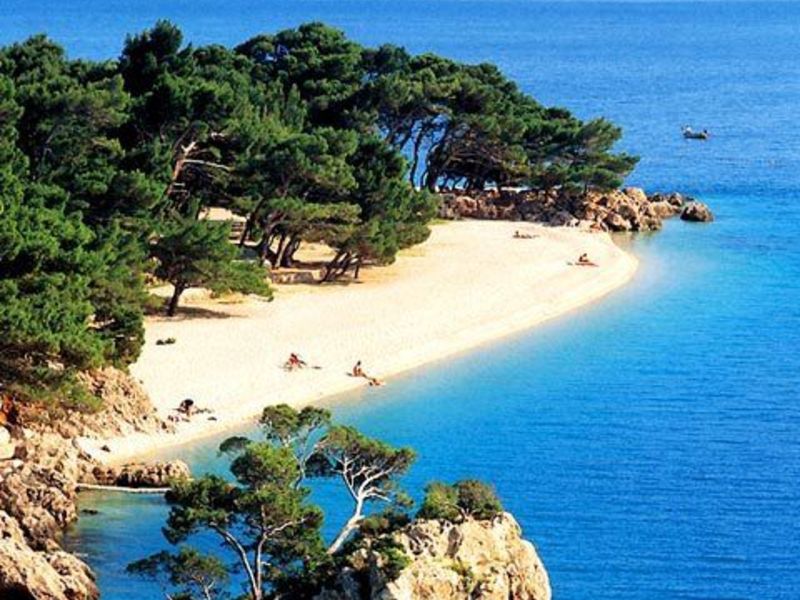 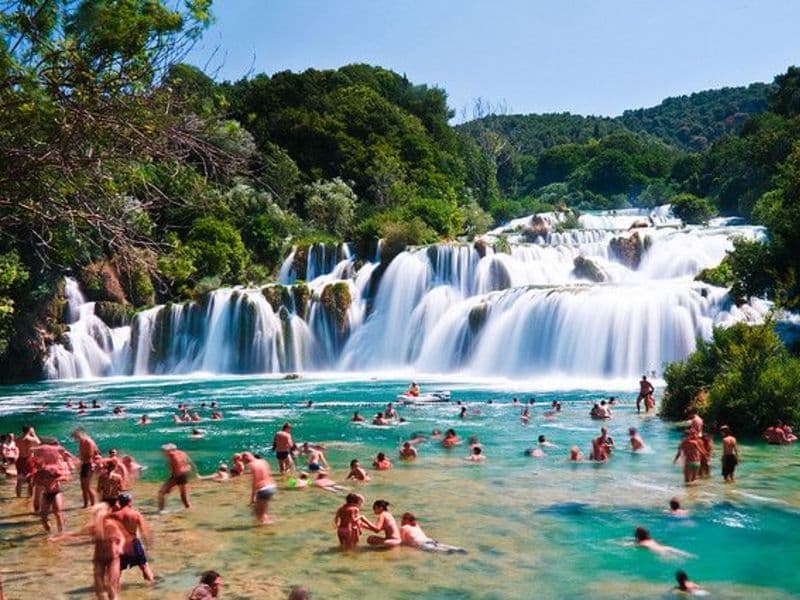 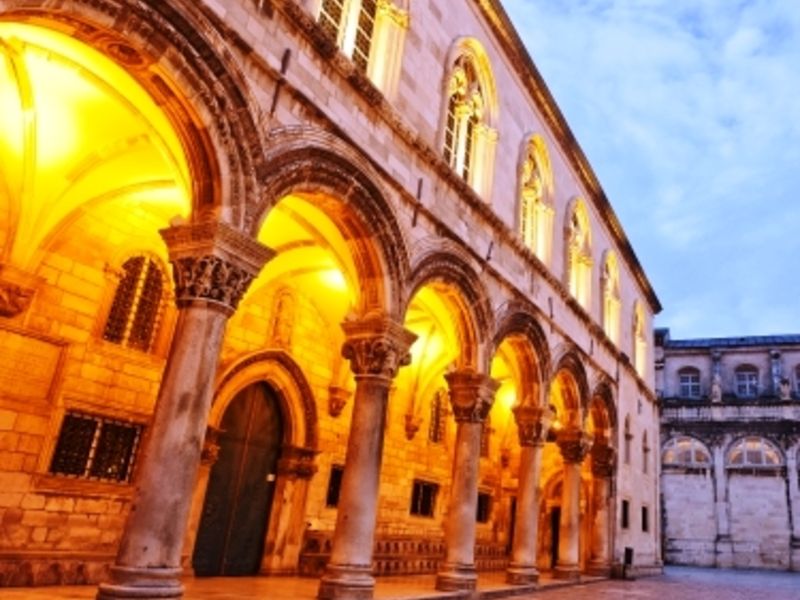 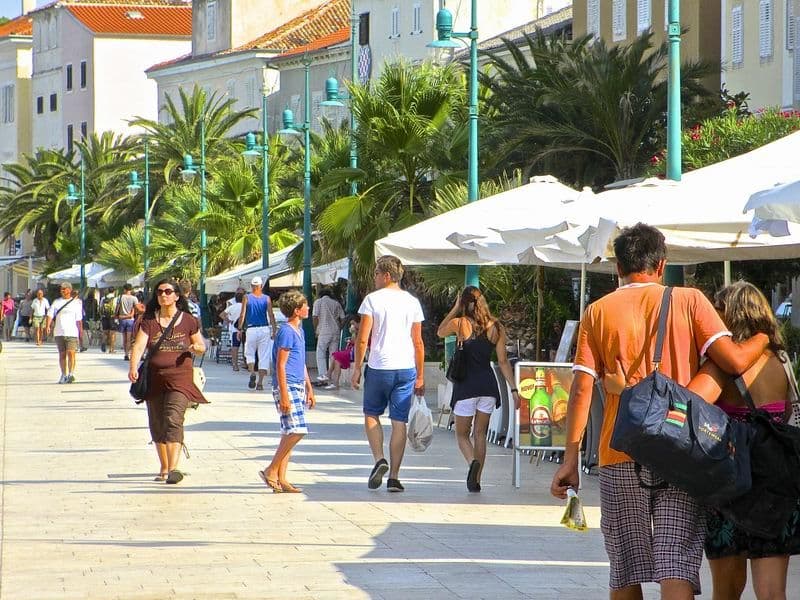 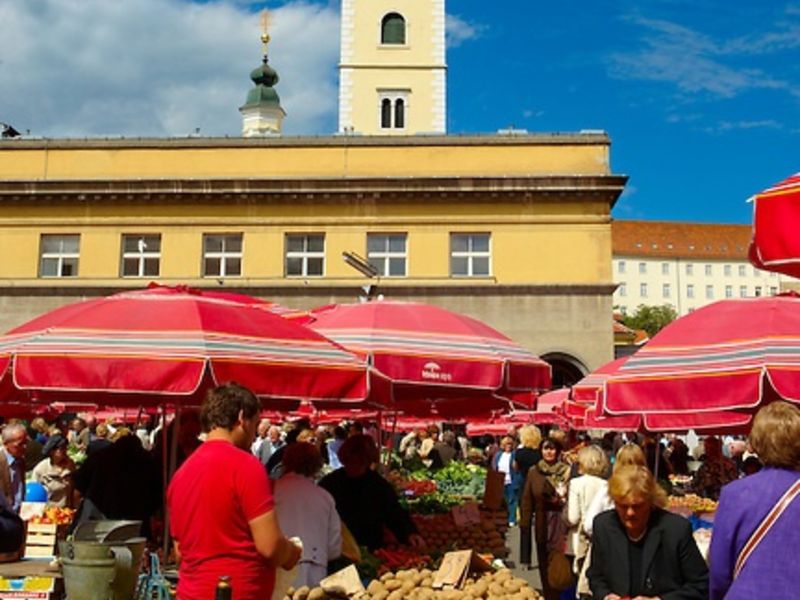 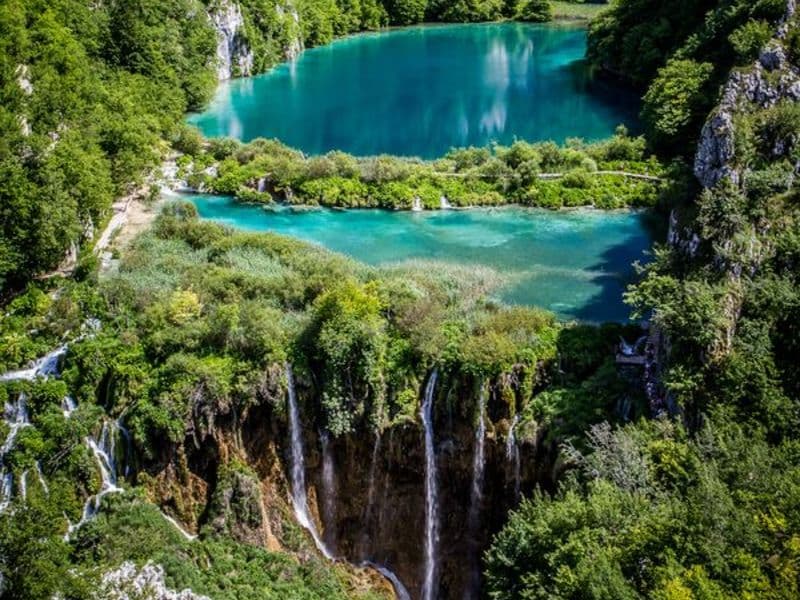 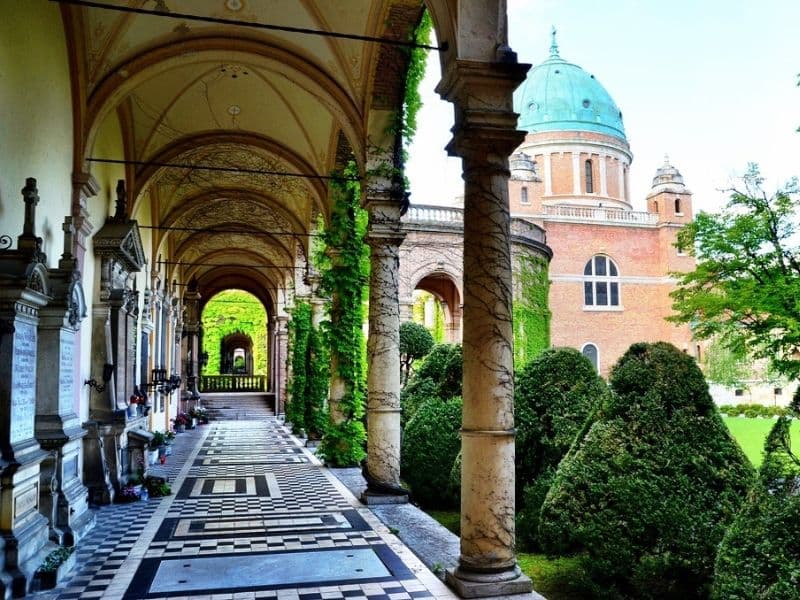 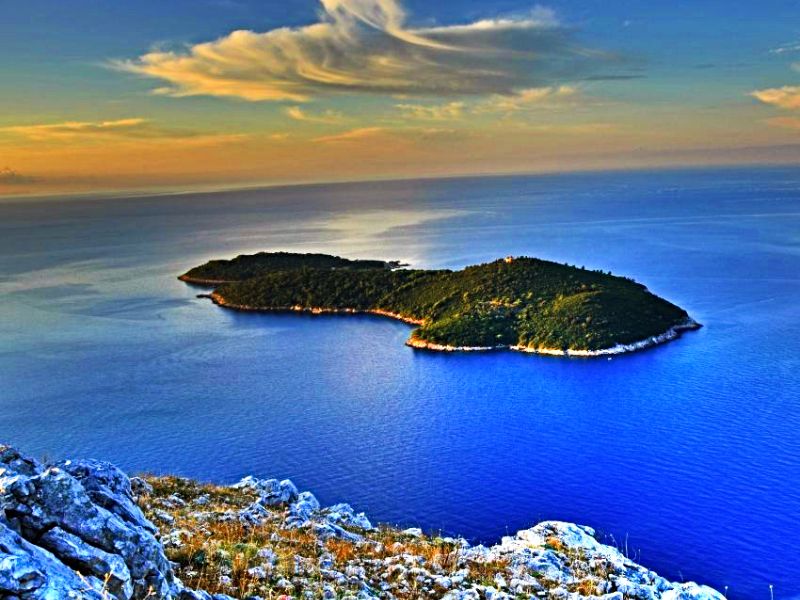 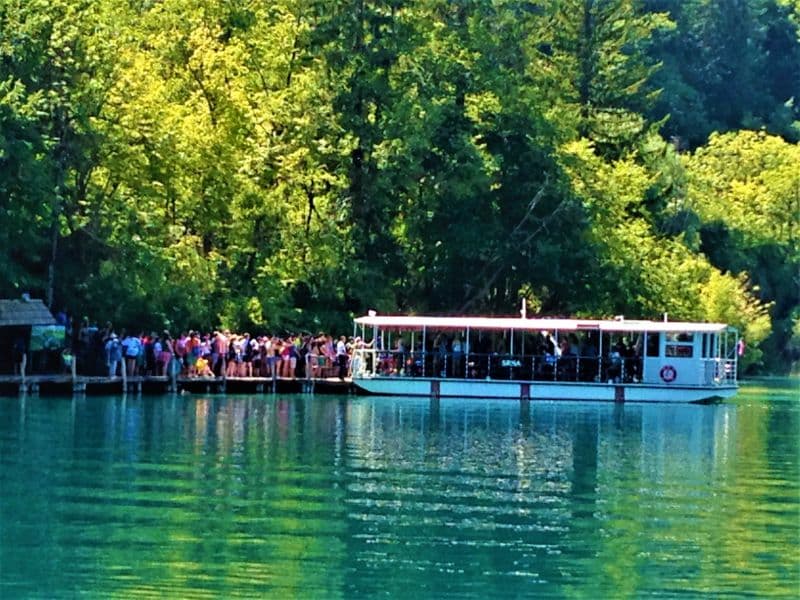 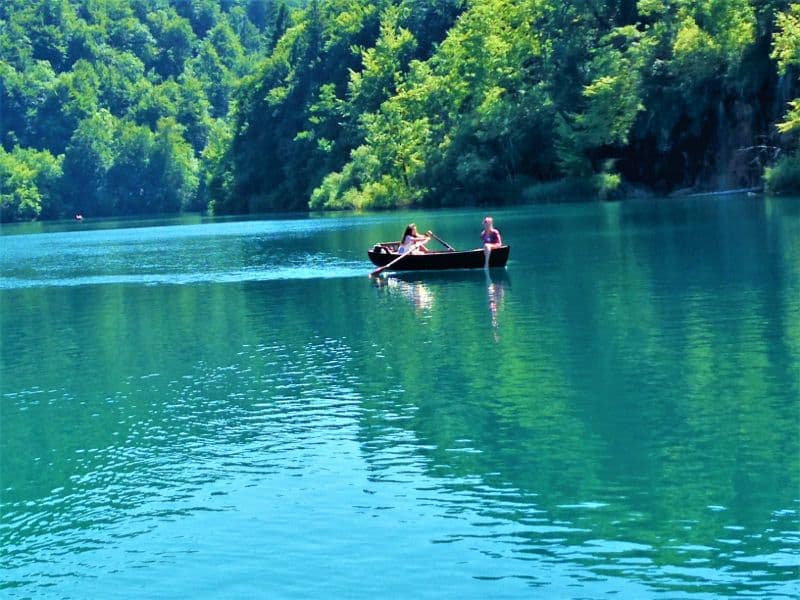 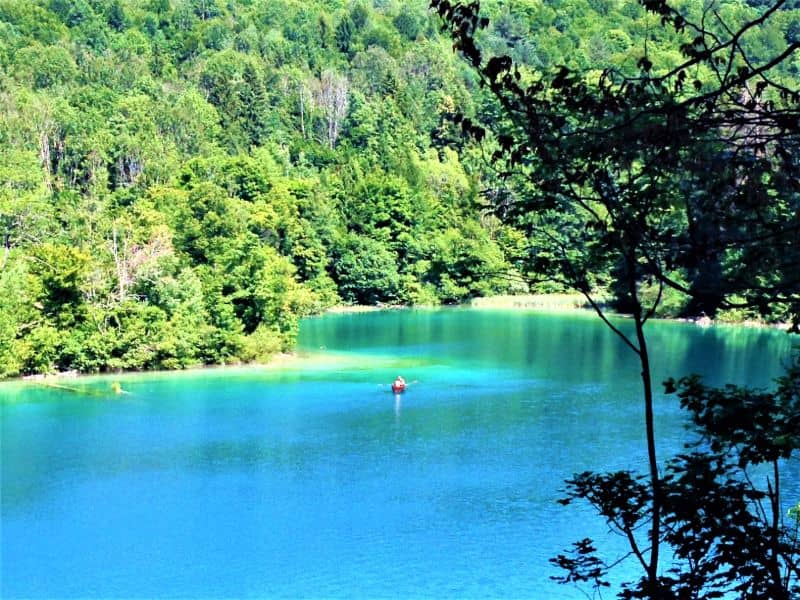 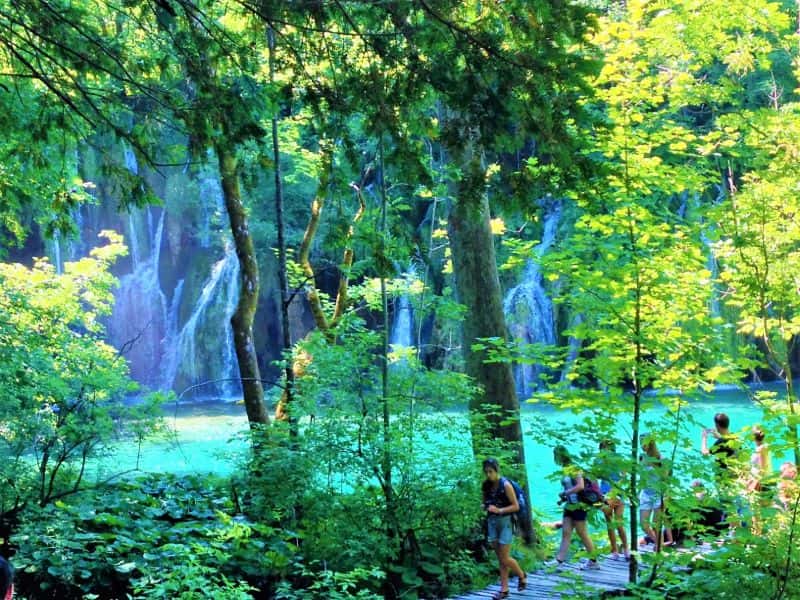 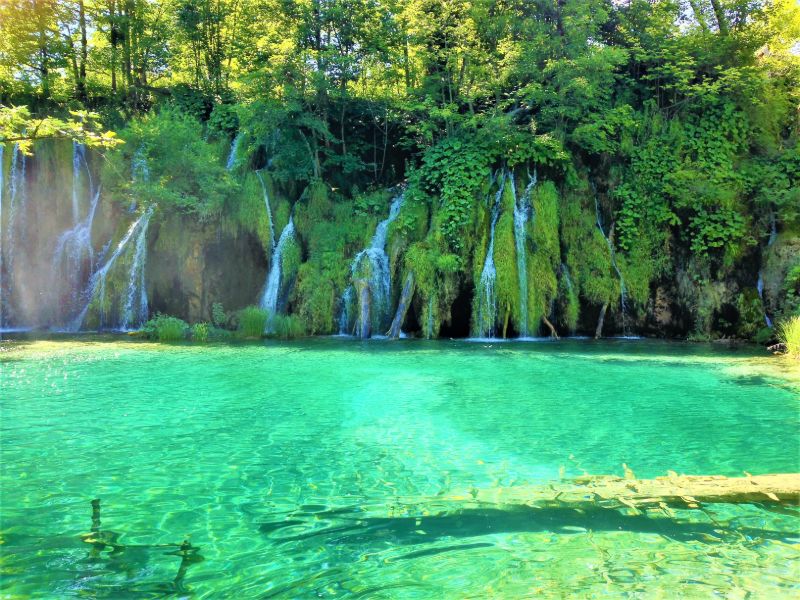 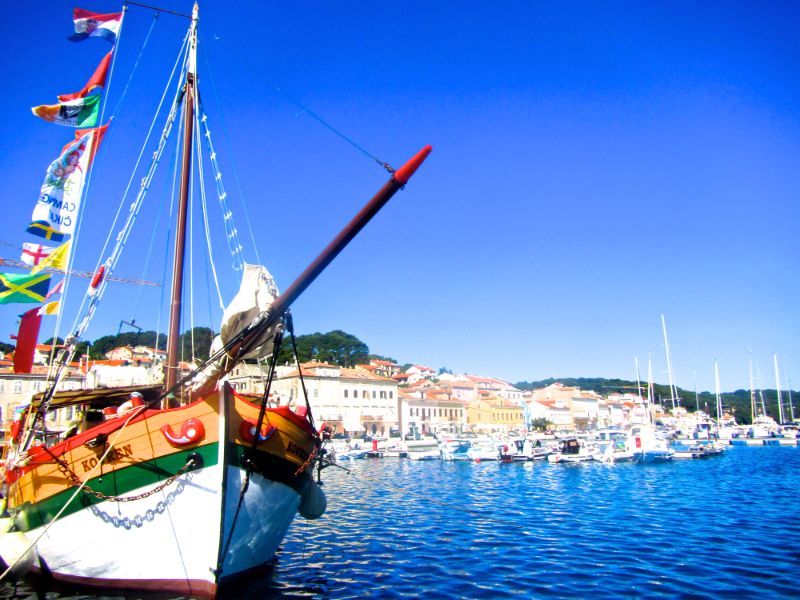 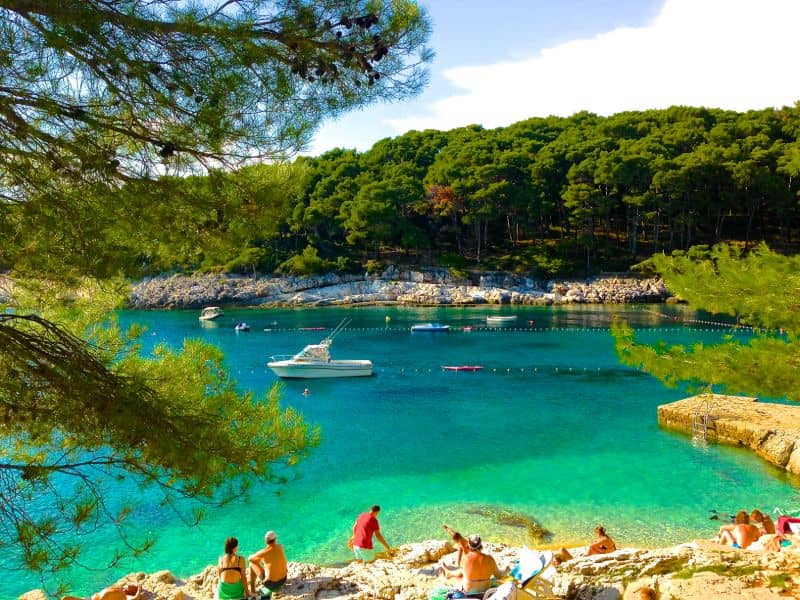