The central-Dalmatian island of Korcula (pronounced: 'Korchula') is the sixth largest Adriatic island. It is 46.8 km long, its average width is 5.3 to 7.8 km and it covers an area of 279 square km. Its 16,182 (2001) inhabitants make it the second most populous Adriatic island after Krk and the most populous Croatian island not connected to the mainland by a bridge. The main settlements on the island are towns of Korcula, Vela Luka and Blato.

The island of Korcula is one of the biggest and most populated islands of Dalmatia, the Mediterranean region situated in the Adriatic sea. It is the southernmost island of the Adriatic Middle-Dalmatian and Croatian islands.

The majority of inhabitants live off of tourism and agriculture (grapes, olive-trees, vegetables). A minor part makes a living by sailing around the seas of the world - maritime and shipbuilding are traditions of the whole region. The Isle of Korcula is one of the greenest islands in the Adriatic sea. According to legend, the island was founded by Trojan hero Antenor in the 12th century BC who is also famed as the founder of the city of Padua.

Like most of the Croatian islands, the Greeks, who gave it the name Korkyra Melaina or "Black Corfu" for its dark and densely wooded appearance, first settled in Korcula. It is also one of the most popular travel destinations in this part of Croatia.

Korcula can be enjoyed by walking and hiking enthusiasts and active adventure travellers as well as complete beginners and Sunday walkers too. The island itself is rich in art and culture, as well as beautiful nature such as numerous tiny and secluded beaches and bays, small and uninhabited islands and breath-taking views. The main town on the island is also named Korcula. It is a typical medieval walled Dalmatian city, with its round defensive towers and cluster of red-roofed houses. 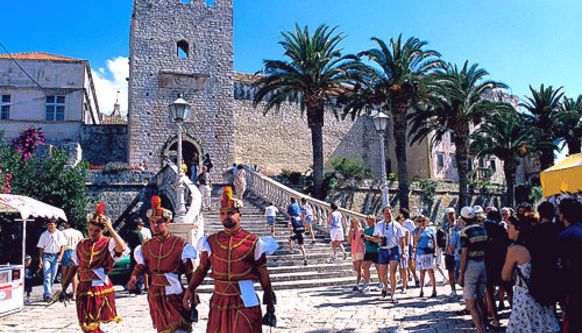 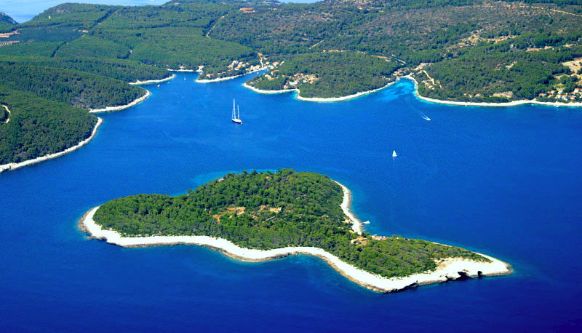 As with most of the Croatian islands, the Greeks first settled in Korcula, in the 6th century B.C., near today's largest town on the isle, Vela Luka.

Vela Luka is the largest town on the island, a municipality with almost 5,000 inhabitants, 42 km away from the city of Korcula by island road, which ends here. The town developed at the beginning of the 19th century in a deep sheltered bay. It has several hotels and the Kalos medical centre for rheumatic disorders and rehabilitation. The inhabitants are farmers, fishermen and many work in tourism.

The Cultural Centre in a renovated Baroque building, the old Kastel summer house, has a fine prehistoric archaeological collection from the nearby Neolithic site Vele spilje, and from Roman localities in the surroundings of the town.

The large private Anka Prizmic-Sega Gallery, opened in 1983, has many sculptures and paintings by this artist born in Vela Luka. St Joseph's parish church is a Neoclassical building completed in 1848.

The Hum cultural and performing society nurtures music and folk dancing, and choral singing. The town also has many harmony-singing groups. The best-known are Klapa Osjak and Klapa Greben, whose excellent singing has ensured them success at concerts in Croatia and abroad. Vela Luka is surrounded by many bays with fine beaches. The nearby forested islet of Osjak is especially attractive.

Korcula is an extremely beautiful island, well worth being seen and enjoyed. Near the city of Korcula a score of uninhabited islets with an easily accessible coastline, covered with thick macchia, ride the sea: some of them have smooth stone stabs good for sunbathing right beside the water.

Korcula is very indented with a large number of bays and coves. Its north shore is rather low and easily accessible with several natural harbors sheltered from the jugo and easterly winds: Korcula, Banja, Racisce, Vrbovica, Babina, Prigradica.

The south shore is more indented but steep in places, with cliffs rising up to 30 m out of the sea in places. There are many anchorages and bays sheltered from the northern but open to the southern winds: Zavalatica, Rasohatica, Orlandusa, Pavja luka, Pupnatska luka, Prizba, Grscica, Brna etc., The island also includes the towns of Vela Luka and Blato and the coastal villages of Lumbarda and Racisce, and in the interior Zrnovo, Pupnat, Smokvica and Cara.

Today, the island of Korcula represents a unique fusion of beautiful nature, thousands of years of cultural tradition and history, and modern tourism. Numerous beautiful beaches and bays, luxurious hotels and summer houses, centuries-old olive groves and vineyards, and ancient towns and villages on the island which seem as if they have remained lost in some long past time attract visitors from all over the world to this island.

The vicinity of Dubrovnik as well as island Mljet gives visitors to Korcula unique opportunity to spend time at this unspoiled Island as well as to visit effortlessly Mljet national park, Dubrovnik, Makarska Riviera, UNESCO's city or Mostar and Neretva River. Good ferry connections with the mainland and other islands offer lots of possibilities for those that want to explore Central and Southern Dalmatia. 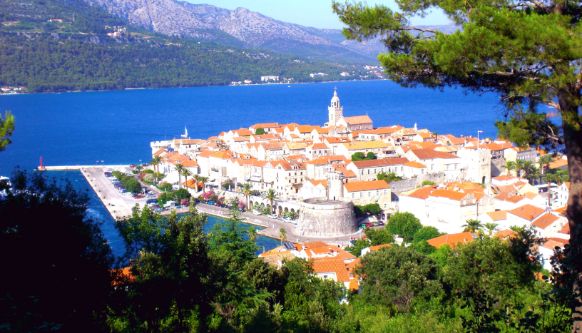 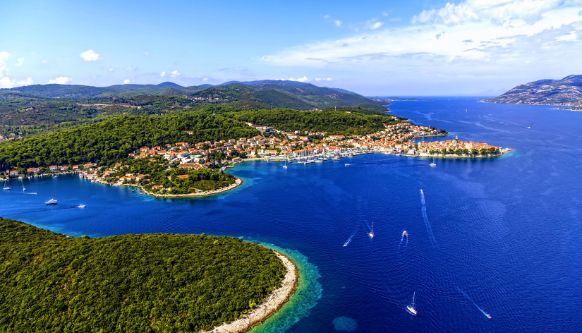 There is very little rain, only about 41 days during the year, mostly in autumn and winter, while late spring is usually a dry period interspersed with rare short-lasting storms. Snow is uncommon, and when it does fall it falls first in Pupnat and the surrounding peaks but thaws quickly because the temperature rarely drops below 0°C.

Sea currents in the Peljesac Channel are rather weak, growing stronger only with the jugo. The average temperature of the sea surface in March is 12.9°C. It is the warmest in summer, in July, August, and September, when it averages 22.3°C. Changes of the tide are small, the difference between high and low tide is about 50 cm. 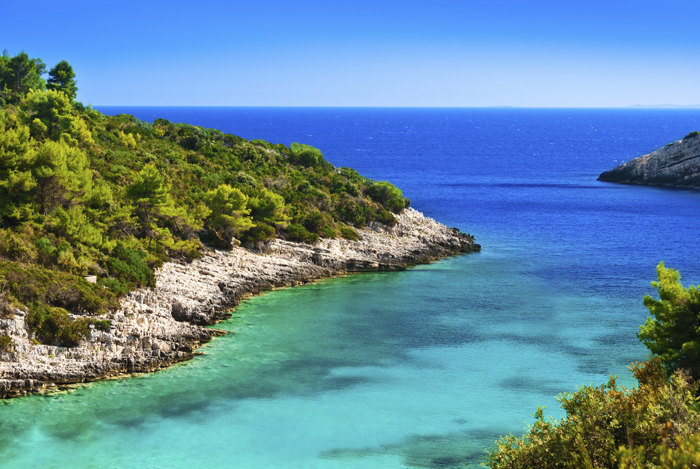 The island vegetation is Mediterranean, rich and varied. Korcula is one of the most forested Adriatic islands, as much as 61 per cent of its surface is covered with woods and macchia thickets. Conifers grow everywhere: Aleppo pine (Pinus halepen-sis), stone pine (Pinus pined), Dalmatian black pine (Pinus nigra), cypress (Cypressus), and other species.

The island has thick indigenous forests of holm oak (Quercus ilex), wild olive and carob. Heather, arbutus, prickly juniper, vetch and other plants grow in the low undergrowth called macchia. Indigenous herbs and aromatic plants also grow on the island: sage, rosemary, lavender, immortelle, mint, marjoram etc. The forests and macchia support a variety of climbing plants and vines. A large number of grasses and greens that are very good to eat grow in neglected vineyards and there are large olive groves.

Various kinds of decorative trees, shrubs and other plants can also be found on Korcula, some of them brought from tropical areas and have adjusted well here. These include several species of palm, eucalyptus, wistaria, bougainvillea, oleander, many kinds of cacti.

Near the city of Korcula an avenue of cypress trees was planted in 1709 beside a long steep stairway that leads to the top of Glavica sv. Antuna hill. Kocije (Koce) in Zrnovo village are large chalk formations with rocks of unusual shapes and mysterious caves.

Forests of slender, indigenous cypress trees grow on the low hills between Korcula, the neighbouring village of Zrnovo, and the terraces of old vineyards and olive groves.

The deep inlet Pupnatska luka is especially charming. This quiet, natural harbour with a white shingle beach has steep slopes overgrown with green pine forests mirrored in the sea.

An enormous cypress tree several centuries old, the oldest known tree on the island, grows in front of the parish church in Cara. An avenue of lime trees over one kilometre long was planted beside the road called Zlinj that leads down the middle of Blato.

In summer, when they flower, they give the whole village a special atmosphere.

The south island slopes have ancient vineyards on step-like stone terraces with regular walls called Meje, man-made but in such harmony with the surrounding countryside that they look like part of this karstic landscape. 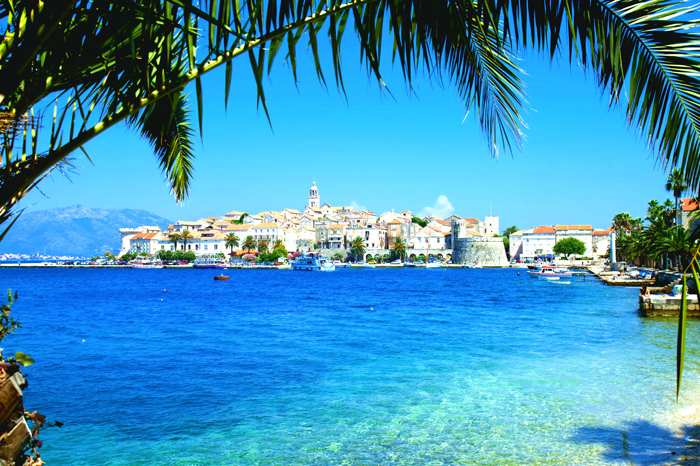 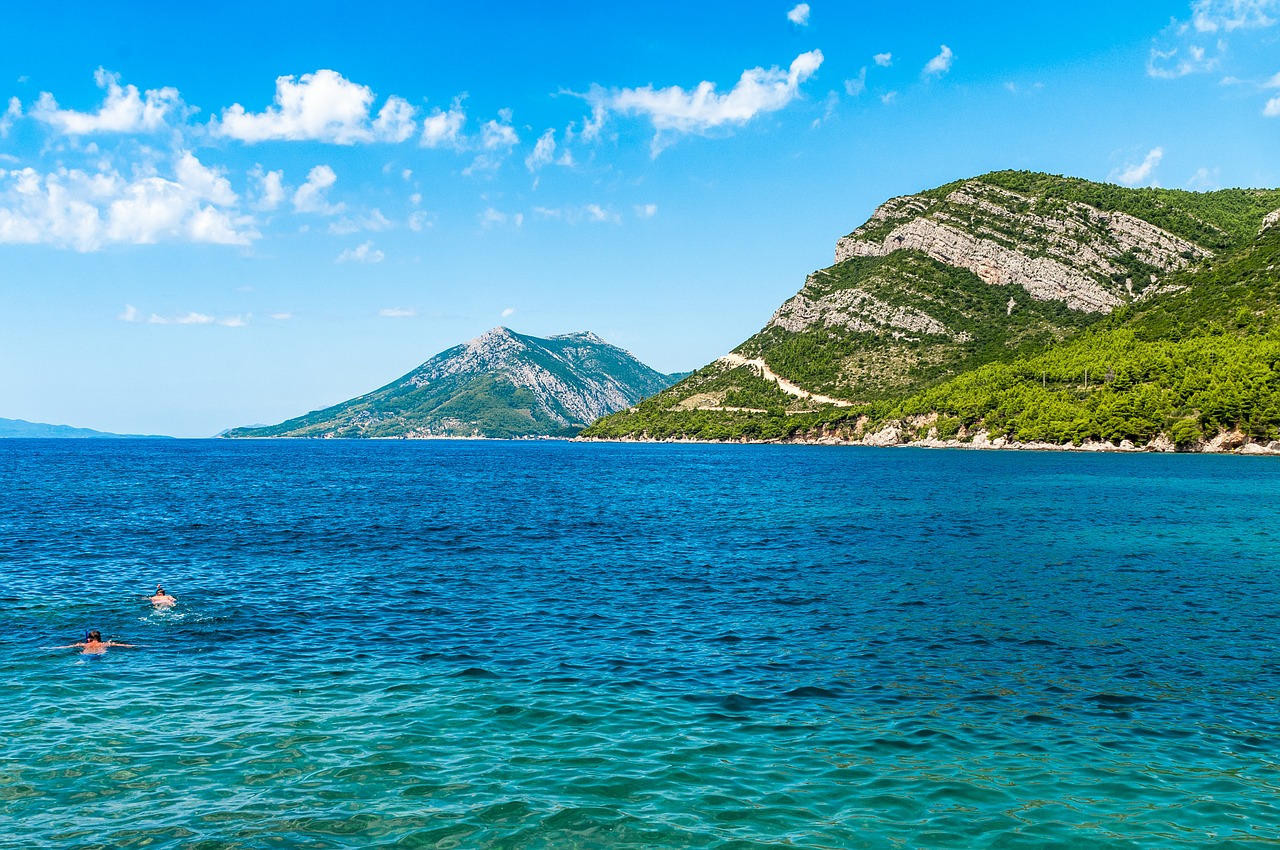 Various long or short excursions can be organized from the island of Korcula. The most attractive are those by sea: by scheduled car ferry lines, motor boats, excursion yachts, hydrofoils, taxi boats.

People go to the nearby islets to bathe, for sports (to Badija), for walks, or to visit archaeological sites (Majsan, Lucnjak, Sutvara). On Vrnik a special adventure is walking through the deserted medieval stone quarry. Boats run from Vela Luka to Proizd and Osjak, and to neighbouring bays.

Car ferries or boats quickly (15 minutes) take passengers from Korcula to Orebic, a picturesque village of sea captains with splendid shady green gardens and a Maritime Museum. A walk along the seashore through a thick pine wood leads to nearby shingle beaches and hotels. From Orebic one can walk or drive up to the Franciscan Monastery and the Church of Our Lady of the Angels.

Hill walkers can take marked footpaths to the highest peak of Peljesac, Sv Ilija (961 m). Pleasant excursions by boat or car can also be made to other places on the Peljesac coast, Kuciste, Viganj and Loviste, where there are fine beaches and fragrant pine woods.

The Peljesac road leads east through large vineyards and picturesque villages to the small town of Ston (Veliki and Mali).

It is surrounded by high defense walls built in the 15th and 16th centuries by the Dubrovnik Republic. This is a planned town with old salt flats that are still active, and beds where various kinds of shellfish and oysters are cultivated.

Car ferries and excursion boats (hydrofoils) sail to Dubrovnik and Hvar and to the nearby island of Mljet, which is a splendid national park.

A car ferry from Vela Luka leads to the island of Lastovo, which is especially attractive because of its untouched nature and traditional way of life.

The 17th century saw the rise of Petar Kanavelic who wrote love songs, occasional epic poems and dramas. He also translated from Italian the major poetic works of that time. He is regarded as one of the greatest Croatian writers of 17th century. In 1673 he became the representative of the Korcula community in Venice. There is a primary school named after him in the town of Korcula.

Moreska is a traditional sword dance from the town of Korcula. It is one of the many proud traditional sword dances that are performed on the island. It arrived in Korcula around the 16th century. Korcula has a rich musical history of Klape groups. Klapa is a form of a cappella style of singing. The tradition goes back centuries, but the style as we know it today, originated in the 19th century. Oliver Dragojevic is a famous Croatian pop singer who came from the island.

Korcula has a very old Stonemasonry history, a tradition which reached its peak during the rule of the Venetian Republic (1420–1797). The island also has a very strong art tradition.

Come and travel with us around this fairy-tale island visited by Aeneas and the Argonauts, mythical heroes, while Poseidon himself, the God of the Sea, chose Korcula to be the home of Aesop's daughter Kerkyre. 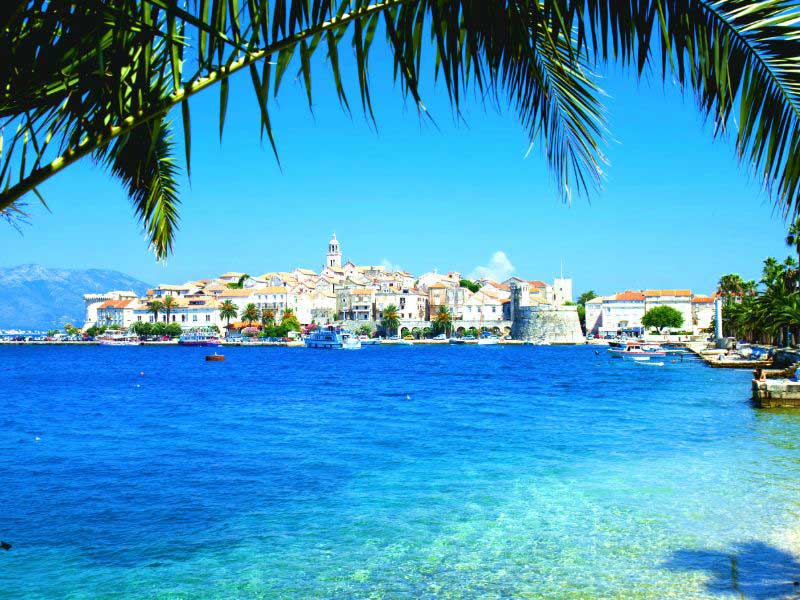 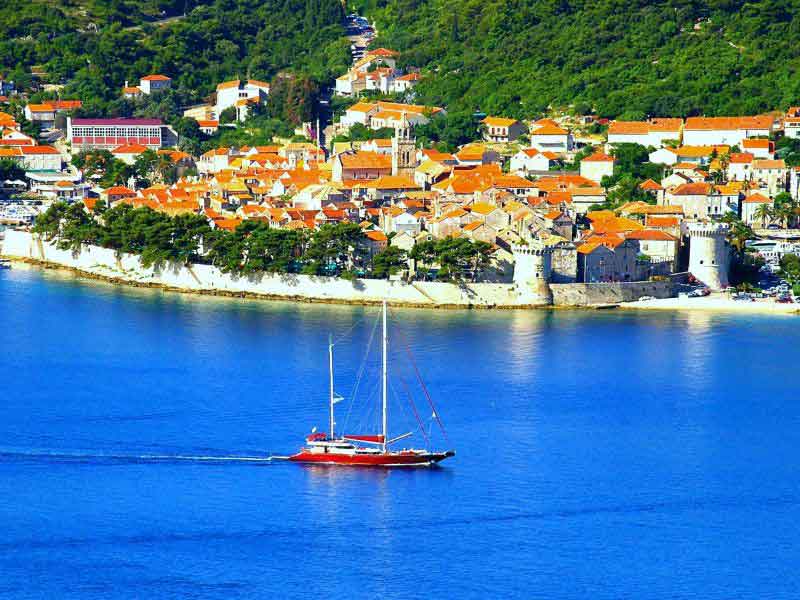 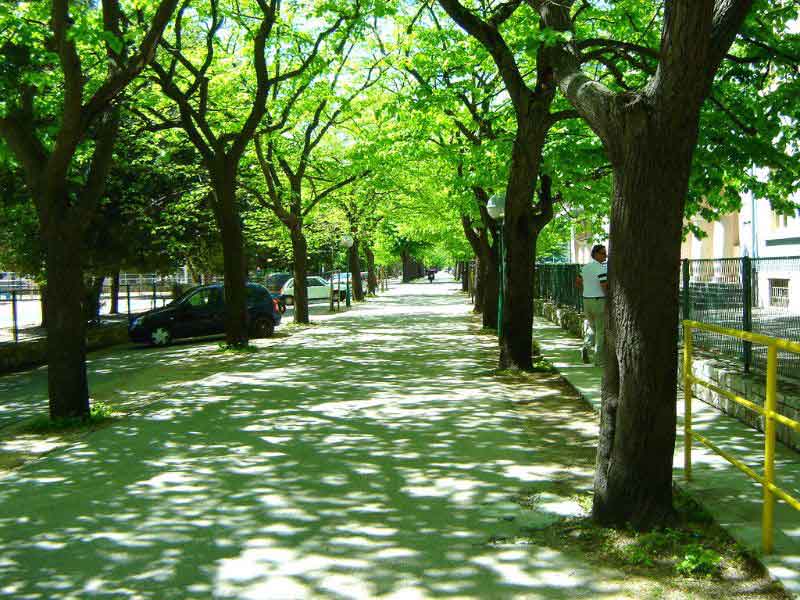 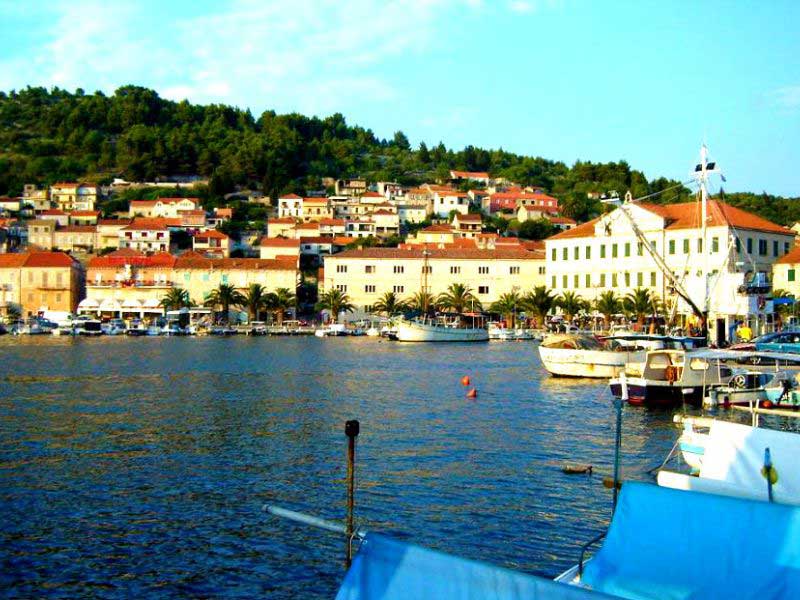 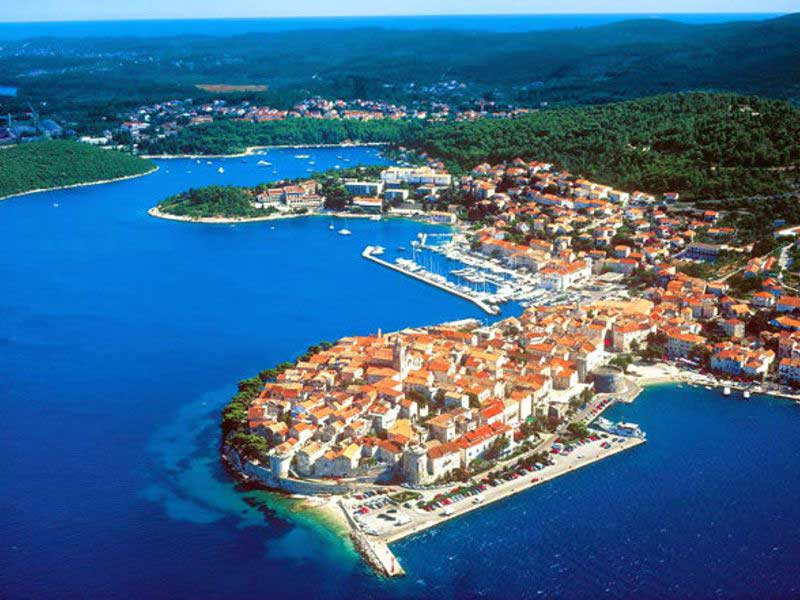 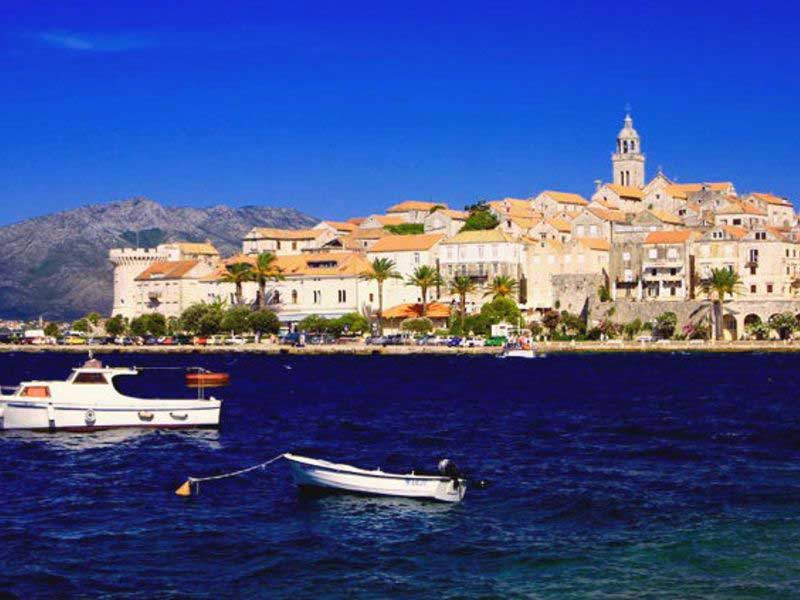 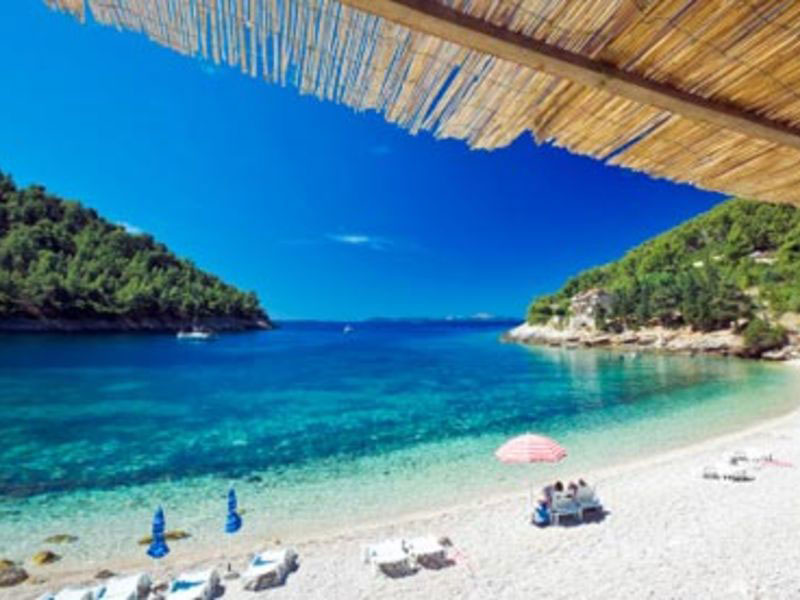 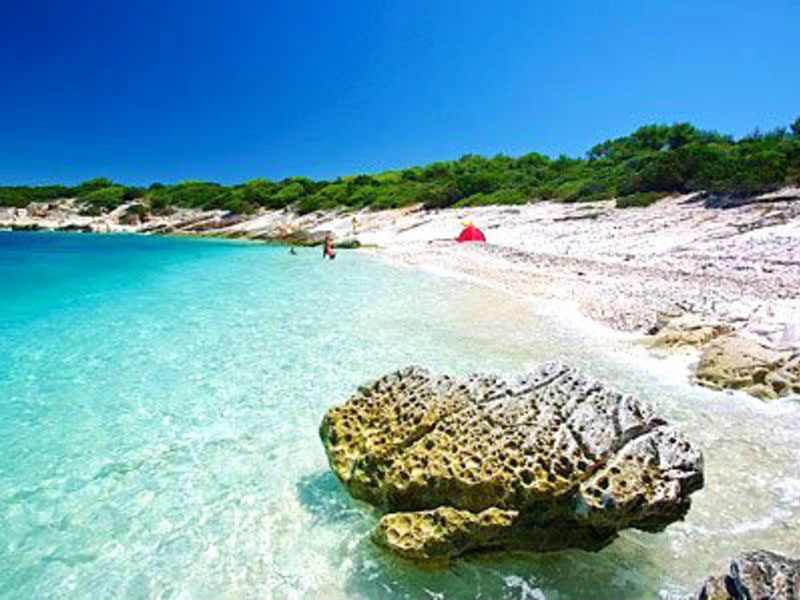 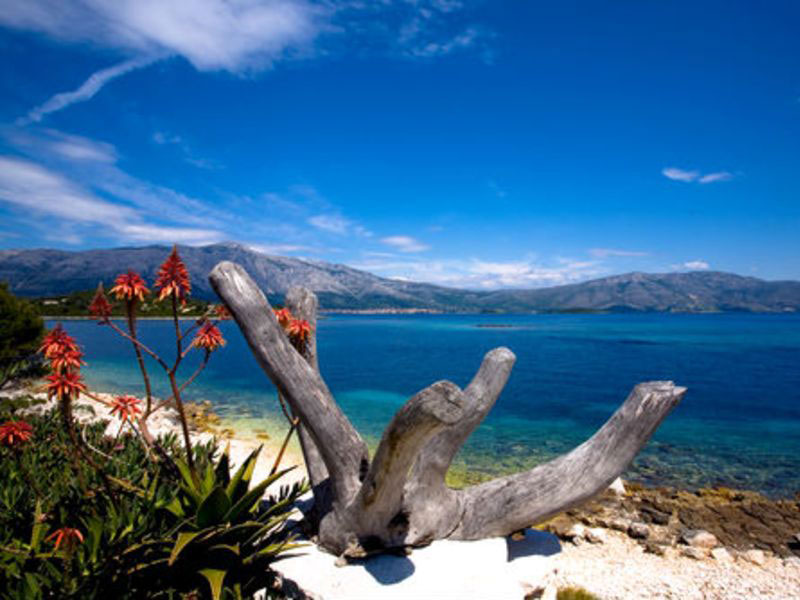 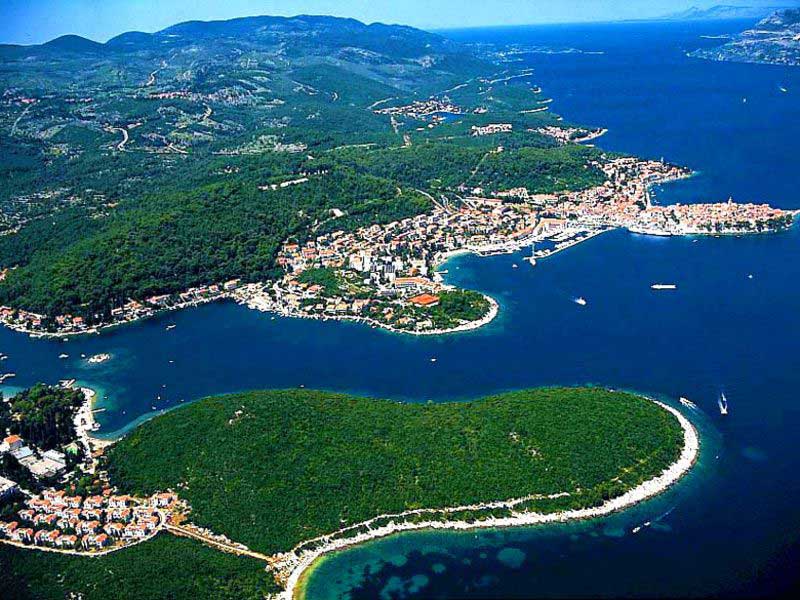 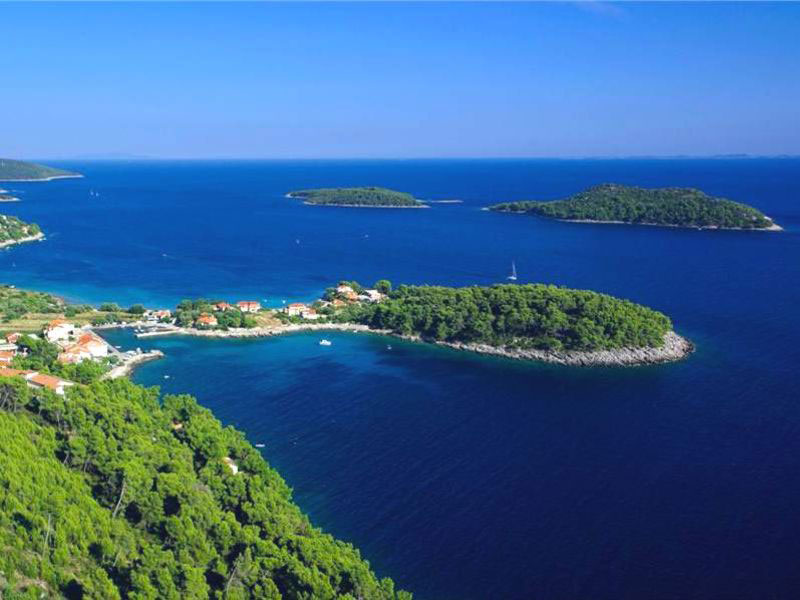 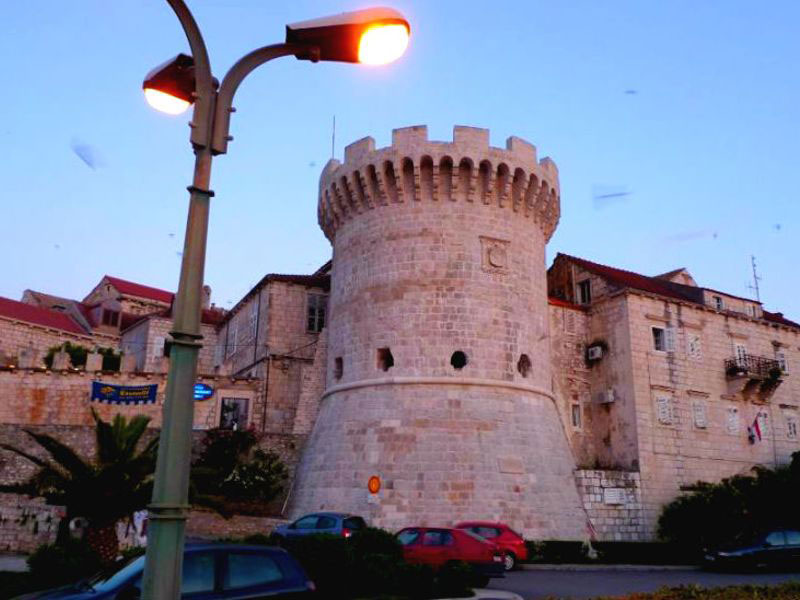 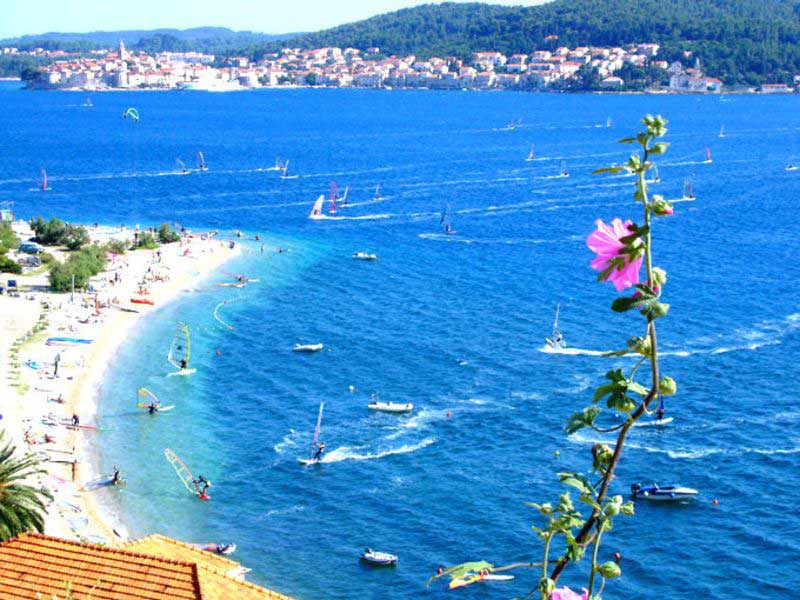 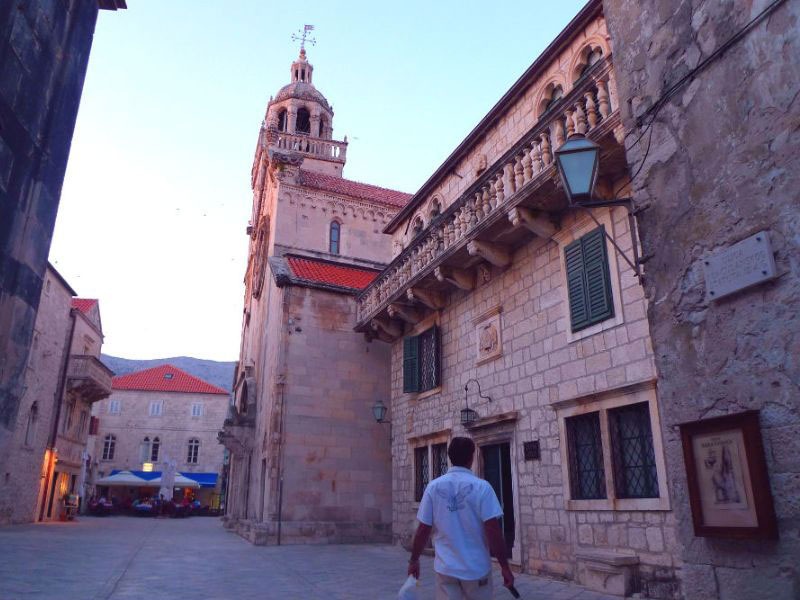 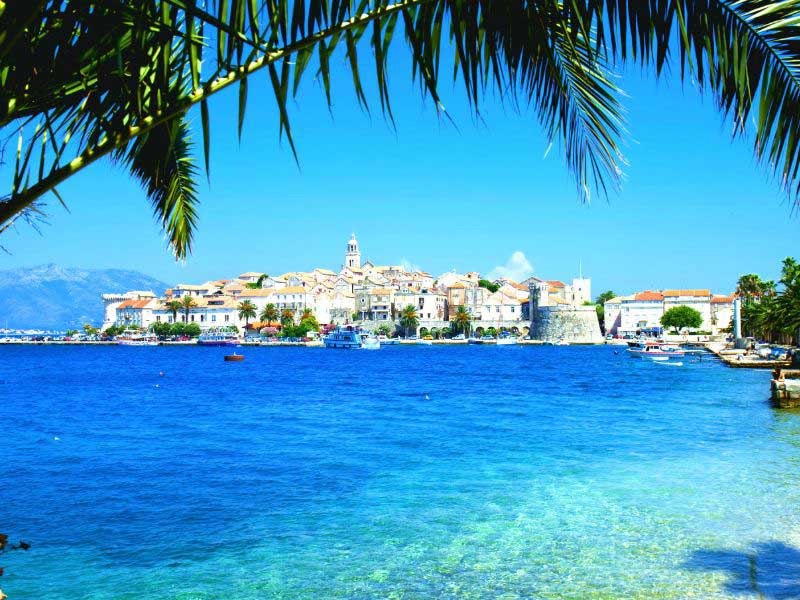 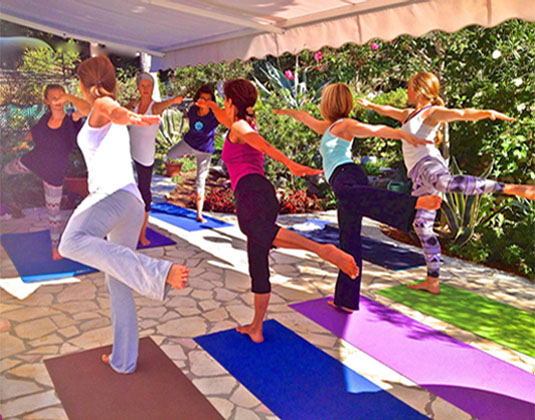 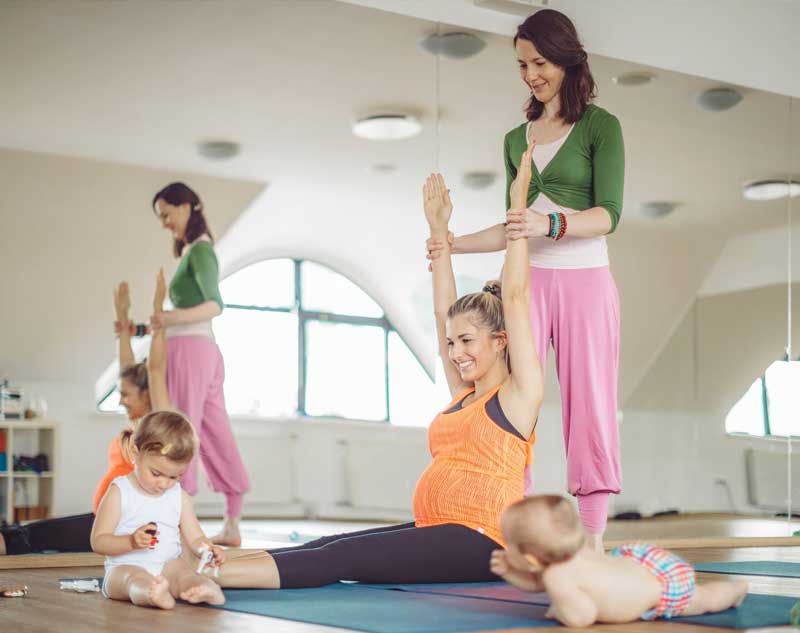 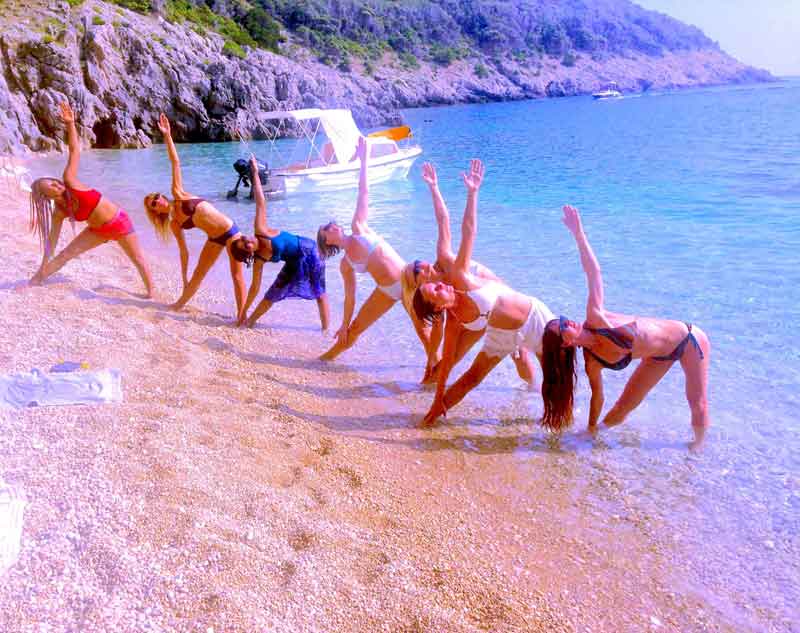 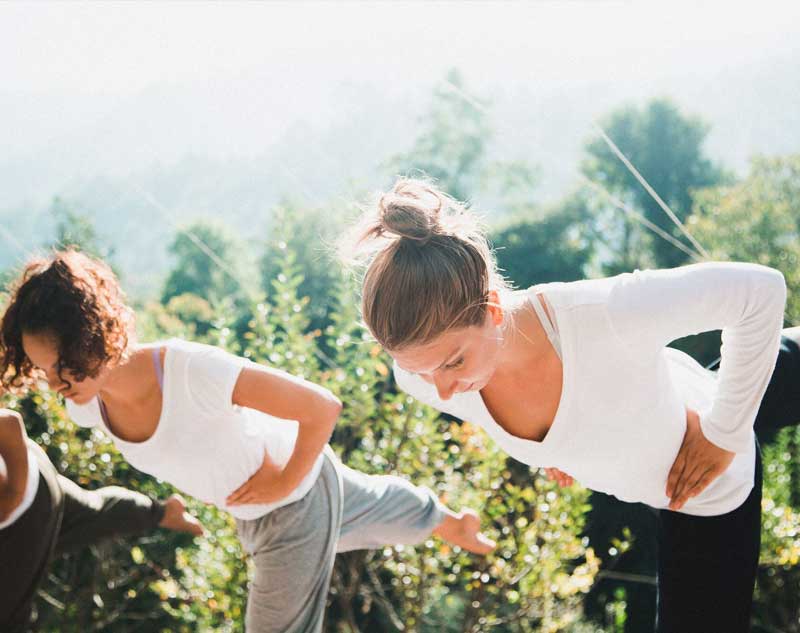 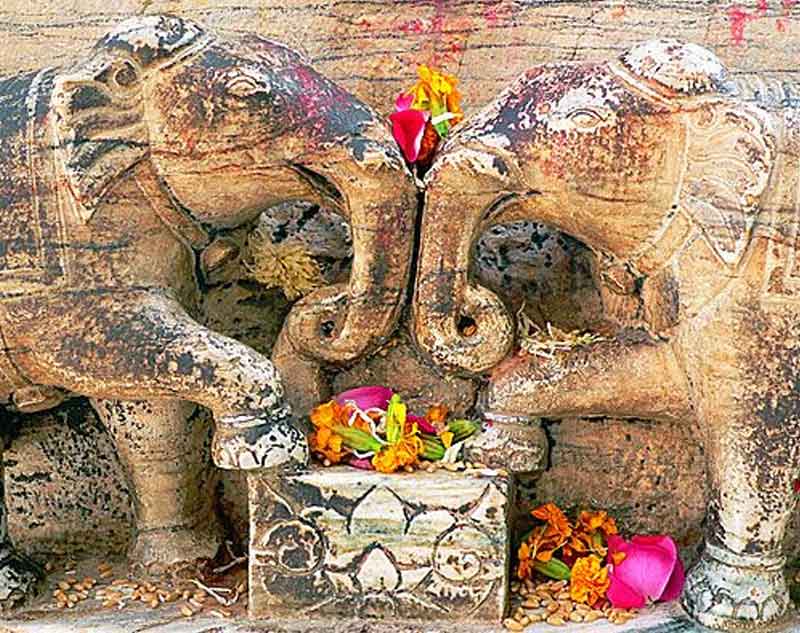 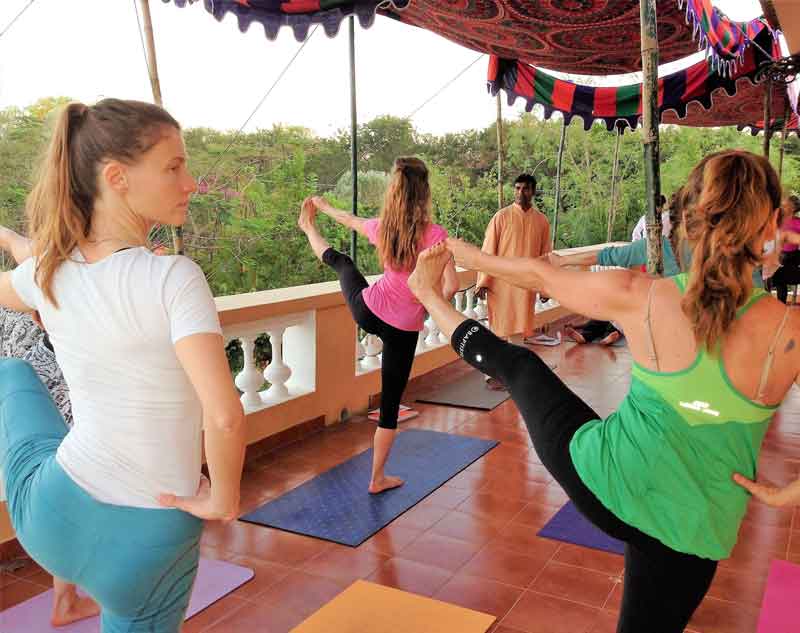