The Hidden Benefits of Yoga Asanas 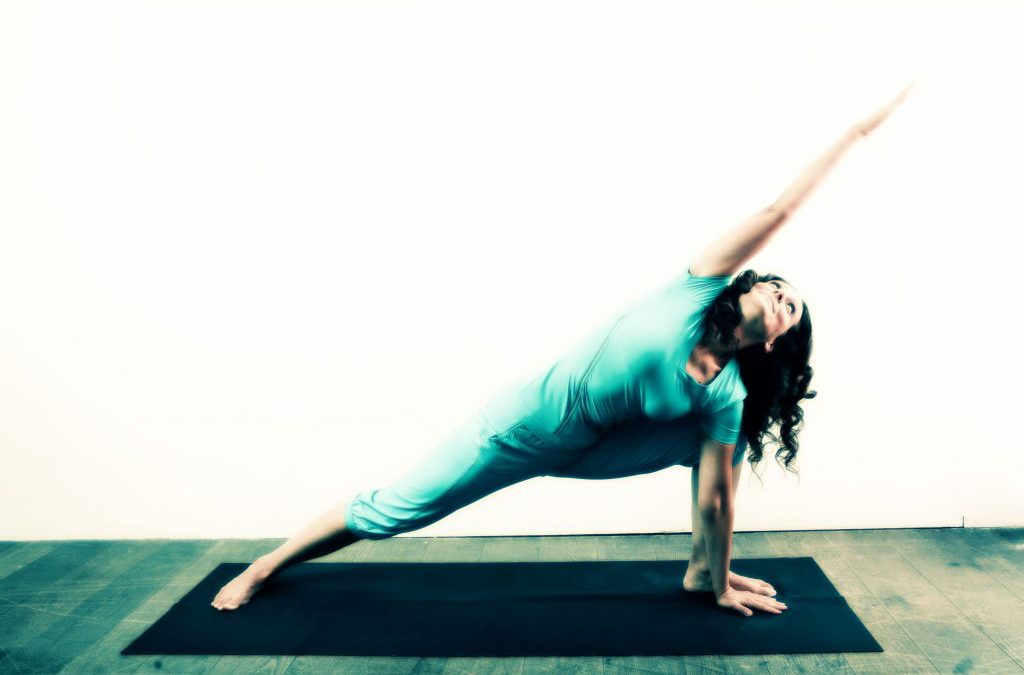 Introduction to the science of bio-psychology in Rajadhiraja Yoga

Bio-psychology is the best thing since sliced bread, that’s for sure, as it adds a whole new dimension to asana practice.

What exactly are the benefits of the yoga postures according to Rajadhiraja yoga? In this article, I will share the deeper value of yoga asanas, based on a new, yet ancient, science, revived by the yoga master Anandamurti in his teachings of bio-psychology and yoga psychology in the 1980’s.

Let’s first take a look at the more obvious benefits:

Yoga asanas tone the muscles, develop flexibility and improve posture and spinal alignment. Asanas, or yoga postures, fundamentally act as a lubricating routine to the joints, muscles, ligaments and other parts of the body, increasing circulation and flexibility. Yoga postures initially focus on improving body flexibility (your body is as young as it is flexible). They focus on the health of the spine, its strength and flexibility. The spinal column houses the all-important nervous system – the telegraphic system of the body. By maintaining the spine’s flexibility and strength through exercise, circulation is increased and the nerves are ensured their supply of nutrients and oxygen.

Even though these are important aspects of asana practice they are only superficial ones. This is where most schools of yoga stop in their exploration of yoga asanas. There is much more depth to the asanas than meets the eye.

Health is a state wherein all organs function perfectly under the intelligent control of the mind. Yoga is the only exercise system known today that massages the internal organs and endocrine glands, thus balancing the secretion of hormones, which are responsible for our emotional states. Yoga asanas prevent the expression of negative emotional states like anxiety, depression, a sense of hopelessness and defeatism, replacing them with enthusiasm, joy, a positive outlook and peace. Take the thyroid gland for example. The over-secretion of the thyroid and parathyroid glands causes insomnia, emaciation and irritability; under-secretion on the other hand results in the opposite: lethargy (abnormal need for sleep), obesity and sluggishness. In order to balance the hormonal secretion of the glands a combination of yoga asanas are prescribed. This is a science in itself.

What is the ‘Full Yogic Breath’?

In order to understand the profound effect of the asanas further, we must also understand the importance of proper breathing, as the two work hand in hand synergistically. Yoga uses deep abdominal, diaphragmatic breathing, also called the “full yogic breath”. Deep, slow and regulated breathing provides a steady intake of oxygen that has the ability to neutralize the build-up of lactic acid in muscle fibres that is most common in forceful movements that lead to sheer muscular development. 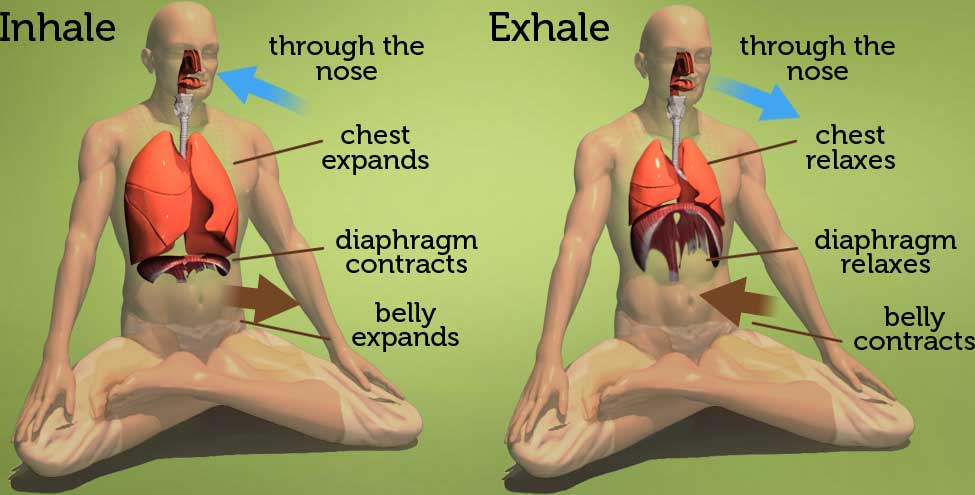 Prana is the subtle vital energy that keeps us alive. The grossest manifestation of prana in the human body is the motion of the lungs. This motion of the lungs acts like the flywheel that sets the other forces of the body in motion. The subtlest expression of prana is thought. Thus breath and thought are connected. Rapid breathing prevents clear thinking, whereas slow and deep breathing allows for deep and clear thinking. When we concentrate and consciously regulate the breathing we are able to store a greater amount of prana. People with a great amount of prana radiate vitality and strength. Asanas also calm the flow of prana, vital energy, which is essential for deep meditation. A restless and agitated mind – a sign of the prana moving randomly through the body – will not allow one to access deeper meditative states. Hence it is important to regulate the prana through the practice of asanas and the prescribed breathing that accompanies the practice. 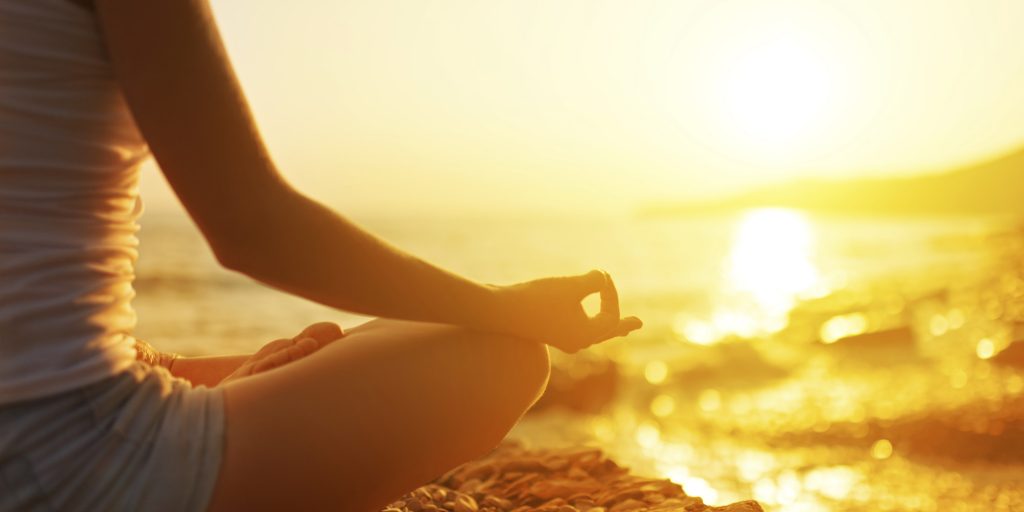 Purification of Nadis and Activation of Spiritual Energy

Precision in the practice of asanas is key to the achievement of the highest possible benefit and purification of the nadis (subtle nerve channels) in preparation for the state of Samadhi (total absorption in cosmic ideation), the 8th and highest limb of Ashtanga Yoga.

There are specific asanas which are designed to assist with the rise of the kundalini (the spiritual energy lying dormant in the lowest or root chakra) up through the spinal cord. These asanas work on purifiying the nadis, clearing the pathways of the susumna, ida and piungala nadis and unblocking the chakras (psycho-energetic centres). 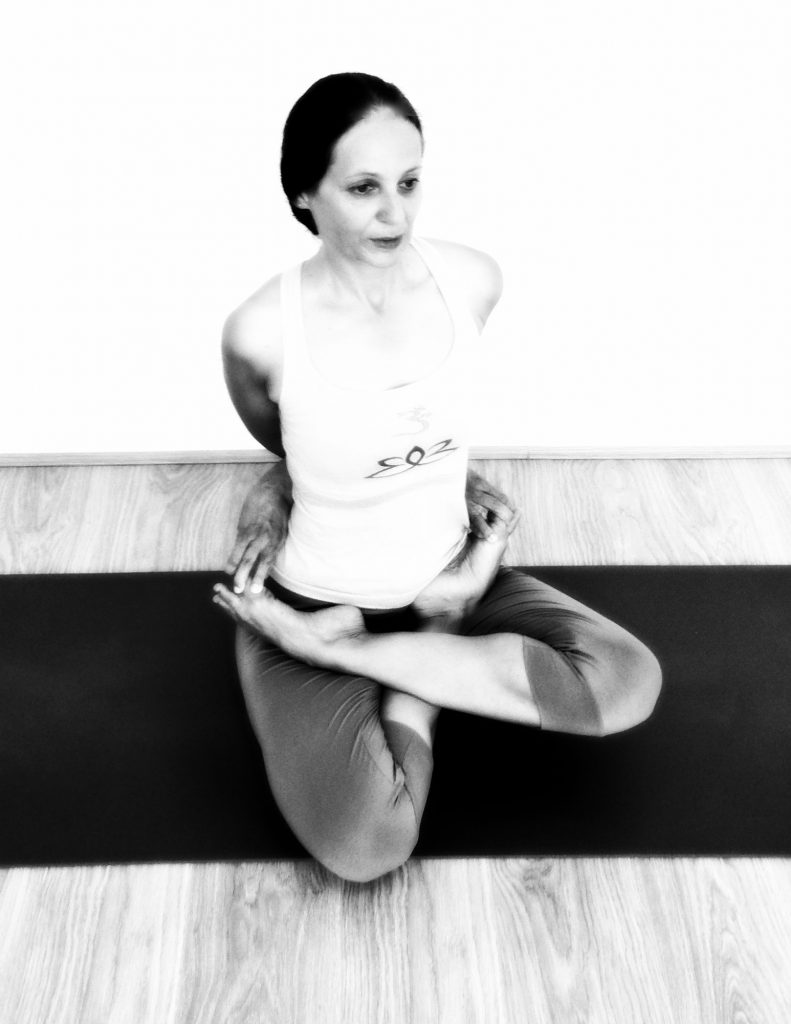 Asanas are powerful in that they work on the entire physic-psycho-spiritual system by assisting in creating an extremely subtle body and mind, the basis of spiritual elevation.

How to make the connection between movement and breath along with a very specific system of breathing during the execution of asanas and a certain way of holding the postures that benefit not just the outer physical body but also the inner organs, glands, chakras and subtle body, is what we teach aspiring teachers on our yoga teacher training courses.