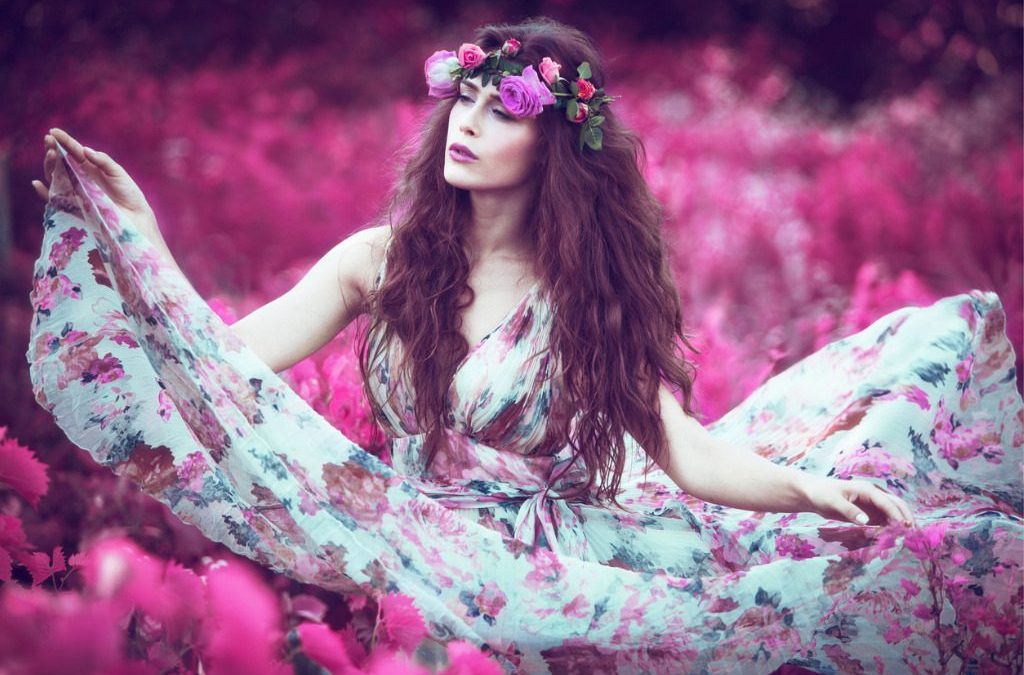 Every Woman Embodies A Goddess

Somewhere in the deepest recesses of our minds, deeply buried in the memories of past lives in ancient cultures we recall an era when women were celebrated as the divine feminine, the Shakti, the Devi.

Some of this consciousness, power and status of the woman has been willingly given away, and some of it was taken away.
This, I believe, is the time when we are to reconnect to the power and love for all sentient beings that we, as women, are capable of embodying.

Those attending my classes will remember the Durga Kriya, a dynamic pose which celebrates the feminine power, the fierce goddess within every woman. Durga is the warrior goddess, and as her name suggests, she is invincible. Durga, is the Adi Parashakti, Devi, Shakti, Bhavani and by numerous other names, she is known to be one of the most popular goddesses in Hinduism. She is the warrior goddess, whose mythology centers around combating evil and demonic forces that threaten peace, prosperity and dharma of the good. She is the fierce form of the protective mother goddess, willing to unleash her anger against wrongdoings and violence for the liberation of seekers and to empower her creation. In India, Durga is celebrated and devotees come to seek her blessings as the Supreme Mother. Over the years, however, Durga’s symbolism for women in India has been undergoing a change. Increasingly, women are looking upon her as a symbol of feminine power, rather than a divine mother, an inspiration to reclaim rights that society has, over the centuries, deprived them of.

Madhu Kishwar, professor at the Centre for the Study of Developing Societies, and founder-editor of Manushi, points out: “Any woman who manifests extraordinary strength and is totally unafraid of men begins to be treated as a manifestation of goddess Durga. There are many such mini-Durgas everywhere.” If we take it one step further, every woman realizing her divinity and her power becomes a protectress of the world. A fierce mother who will protect her children and make sure evil forces are driven out. This is more relevant today than ever. Every woman must reclaim not only her nurturing self, but also her deep sense of justice and her commitment to the protection of all sentient beings – humans, animals and plants.

Our Croatia 200h teacher training on the isle of Losinj last summer was packed with yoga teachings, philosophy, methodology, yogic techniques and practices, such as asnas, mudras, bandhas, kriyas… Find out more

A special opportunity to get in touch with your feminine power is our pregnancy yoga teacher training. Find out more