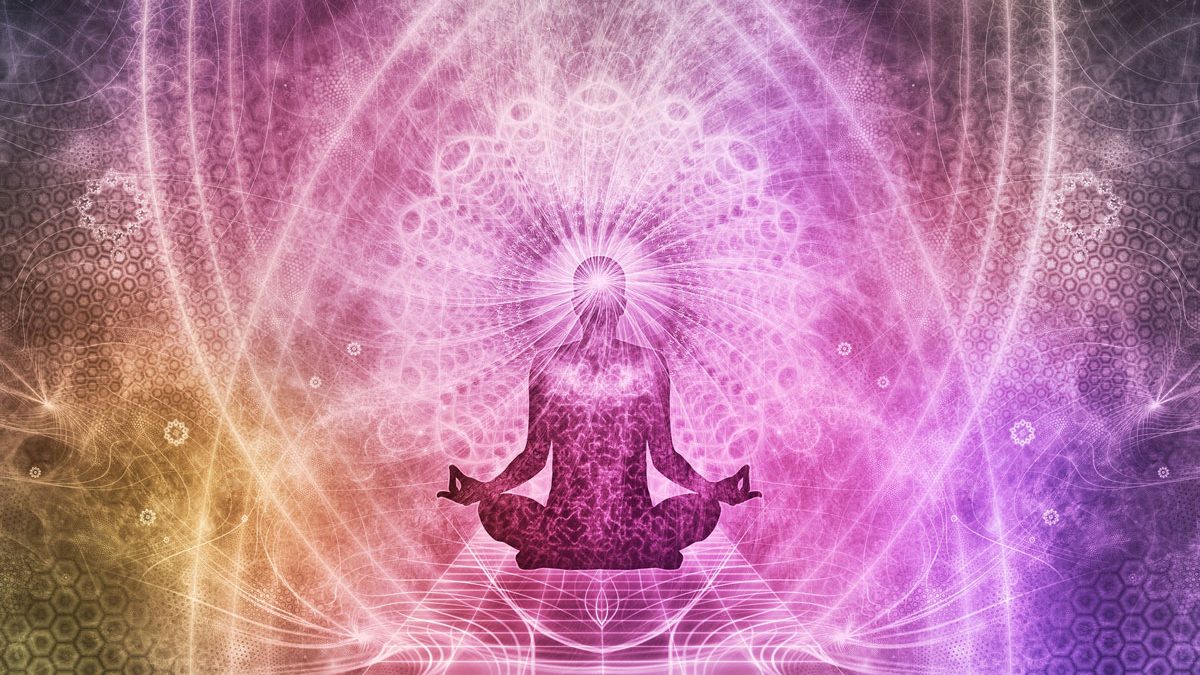 Sound and its influence on consciousness have been a matter of great mystery since the early human walked on the face of the earth. Experienced, examined, studied and researched by many cultures and civilizations for thousands of years, sound is still a mystery to a great many.
The mystics of India have given some of the answers to the questions humanity faces today.

What is the source of suffering and how to overcome it?

The state of health, according to yoga psychology, is the balanced flow of energy (Prana) through all the energy circuits of the mind and body. When this flow gets interrupted, by interfering with or breaking some laws of Nature, the body begins to revolt. This revolt is seen and experienced in the form of different symptoms, discomfort and dis-ease. Ancient people knew how to re-establish the lost harmony and rhythm of the body and mind by utilizing the power of ‘sound’.
The system is called Nada Yoga (The Yoga of Sound). It is a path of exploration of consciousness through sounds. The aim of the advanced state of Nada Yoga is to purify and harmonize the gross and subtle fields of body energy and bring them in alignment with their natural vibration. It is the opening of a door on the level of highest awareness when consciousness becomes conscious of itself. It is from that state that the transformation and healing begin in a most natural way. All our experiences of love, joy, peace, health and happiness are orchestrated by consciousness from that field of unified state, the state of Yoga, and are our birthright to enjoy.
This healing modality when combined with other methods of natural healing can have profound effects on healing the mind and body.

The source of this ceaseless rhythmic movement is the Infinite Consciousness, soundless and still, the ocean of peace. Undisturbed by any vibration, it flows in an infinite straight line through eternity. 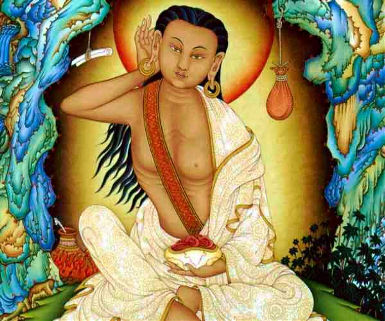 Each entity of this creation has its own particular entitative rhythm, its own note in the universal harmony. From pulsing quasars to oscillating electrons – from the ultrasonic melody of mountain ranges to the ceaseless reverberation of the creatures, singing and drumming, whirring and clicking, laughing and crying – all the notes are orchestrated in a vast cosmic concert.

The ancient sages, who had merged their minds in this sea of unexpressed Consciousness, realised that the universe is a vibrational play of varied waves with different wavelengths. By their intuitional powers, they came to understand the laws of universal harmonics governing this vibrational flow, and they developed a subtle science of sound to affect the rhythms of creation – without any mechanical apparatus.

Indian music, developed by the great yoga master, Shiva, over seven thousand years ago, was one branch of that science. The classical ra’gas, or musical scales, are so subtly attuned to the rhythms of nature that each raga is to be played or sung only in a certain season and at a certain time of the day, to produce a specific emotional effect in the musician and audience. One raga is played only at dawn in the spring, to evoke the mood of universal love, another is sung only during the evening in summer, to arouse compassion; still another only during midday in the rainy season, to summon courage. 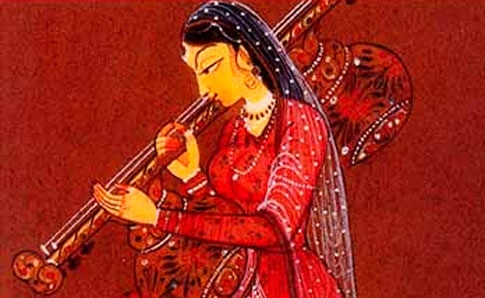 It is said that the masters of music had control over not only human emotions, but all natural manifestations as well they could produce heat and rainfall at will, and the vibrations of their voices alone would cause finely-tuned musical instruments to resonate in accompaniment! Historical documents describe the remarkable powers possessed by Tansen, the 16th Century court musician of Akbar the Great. Commanded by the Emperor to sing a night raga while the sun was overhead, Tansen’s vibrational song instantly caused the whole palace to become enveloped in darkness. 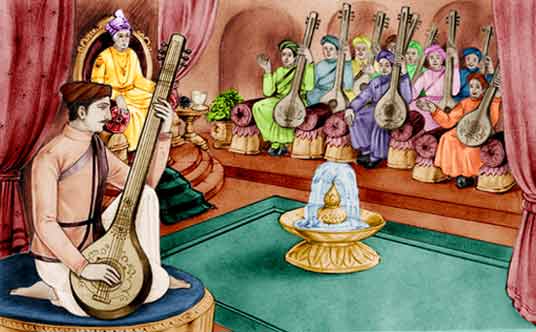 Since the Middle Ages, Nada yogis proficient in music have combined  India ’s rapidly evolving musical system with the sonic cosmology and philosophy of Tantra and the Vedas. But it is only in the past few centuries that the strongest connections between music and Nada Yoga have been established. Interestingly, despite the fact that “Nada Yoga” is the classical term for the Yoga of Sound, and despite many contemporary Indian musicians using the term “Nada Yoga” to describe the profound spiritual significance of their musical disciplines, Nada Yoga as a well-defined practice is perhaps the least documented of all the streams of sacred sound.

“Nada Yoga” is the classical term for the Yoga of Sound in the Hindu tradition. It is a stream of sacred sound that embraces Hatha Yoga, the occult linguistics of Tantra, and the spirituality of classical Indian music. By including the non-linguistic element of music, Nada Brahman augments the Shabda Brahman of the Vedic tradition, as well as the differentiation of energy in the chakras discovered by the Tantrics. While Bhava Yoga chooses only those frequencies that we classify as music in our earthly appreciation of sound, Nada yogis incorporate the full spectrum of frequencies — both those that are audible to the human ear and those that are inaudible — within the field of their yoga practice. This means that all forms of earthly music, the sounds of space, and even the entire electromagnetic spectrum of frequencies are included within this range of perception.

The practice of Nada Yoga can therefore help broaden the consciousness of an audience. Western music, since the time of Bach, moved to a tempered set of intervals that divided the octave into twelve equal subdivisions. Prior to this, European musicians used an uneven set of intervals, as did other cultures around the world, which have their own irregular, organic divisions of the octave. The Western ear, trained and conditioned by tempered intervals, came to perceive other music as inferior or out of tune. Only in recent years, with the rapid surge of world music, have ethnic sounds, non-Western musical intervals, variable instrument tunings, and diverse musical scales “enlarged” the Western ear. The power of cultivating a larger ear has never been more necessary than it is now; it will result in a proportionately larger heart, facilitating an authentic acceptance of other cultures and their vibrations.

I have personally experienced the tremendous power of Indian classical music on several occasions, when I had the good fortune of attending concerts of great masters of music and Nada Yoga. The music produced on those occasions have touched the deepest essence of my being and initiated a profound purification of my emotional self and a transformation on the astral and spiritual plane. On one such occasion I felt as if each and every of my chakras were touched and vibrated by the music and song performed. I physically experienced those vibrations and was uplifted into a beautiful higher state of consciousness.

I believe that Indian classical music and the various forms of Nada Yoga will play an important role in the future worldwide, and facilitate a profound transformation of the human race, by striking the subtle chords of the human heart and mind.

On our teacher training courses and retreats we explore Nada Yoga through internal recitation of mantra, chanting, singing of bhajans and kiirtan.