The Biggest Misconception About Yoga (Styles)

The Most Common Misconception About Yoga Styles

It’s easy to get confused about the many yoga styles offered in the world today which can make it quite difficult to choose a teacher training course.

The biggest misconception about them though is the belief that any one style is authentic yoga. It is not.

Yoga styles are a rather modern invention and didn’t exist some 50 years ago. In traditional yoga we only ever had lineages and schools of yoga, so a student or disciple would approach a teacher to learn from him/her and stick to that teacher for the rest of his/her life. It was a highly individualized approach in which a teacher would tailor the practices according to the student’s needs and abilities. Sometimes the teacher would refuse to accept a student and if the student was persistent s/he would have to undergo a series of tests before being accepted by the teacher. But those were different times. Those were the times when yoga styles didn’t exist.

Take the case of Indra Devi who wanted to learn yoga from Krishnamacharya, who by the way was also the teacher of both Pattabhi Jois (inventor of Ashtanga Vinyasa style) and B.K.S. Iyengar (inventor of Iyengar Hatha style).

The woman, who became known as Indra Devi (she was born Zhenia Labunskaia, in pre-Soviet Latvia), was a friend of the Mysore royal family. After seeing one of Krishnamacharya’s demonstrations, she requested to be accepted as a pupil. At first, Krishnamacharya refused to teach her. He told her that his school accepted neither foreigners nor women. But Indra Devi persisted, persuading the king of Mysore to prevail on his ‘subject’. Reluctantly, in the year 1938, Krishnamacharya started to instruct her, subjecting her to strict dietary guidelines and a difficult schedule aimed at breaking her resolve. She met every challenge Krishnamacharya imposed, eventually becoming his good friend as well as an exemplary disciple. 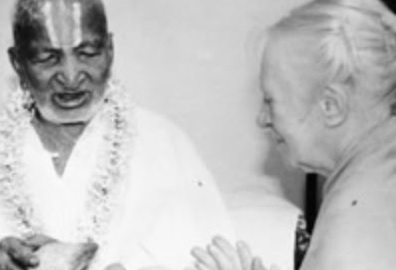 Although she studied with Krishnamacharya during the Mysore period, the yoga Indra Devi came to teach bears little resemblance to Jois’s Ashtanga Vinyasa. Foreshadowing the highly individualized yoga he would further develop in later years, Krishnamacharya taught Devi in a gentler mode, accommodating but challenging her physical limitations.

This was the approach of the masters of yore, where one size would never fit all. A student would go a teacher and if accepted would learn under him for many years in a gurukula, which means he would live with the teacher and was part of the household, having to serve the teacher, helping out with chores and all kinds of menial jobs, before receiving any teachings.

At the Himalayan Yoga Institute we endeavour to maintain a high degree of authenticity and our training programs are designed after the gurukula model. The courses are held in our ashram in India and yoga villa in Croatia, where we make every effort to lead a life dedicated to the practices of yoga and the idea of ‘simple living, high thinking’.

What kind of yoga do we teach?

We maintain an authentic approach to yoga and as such do not believe in the fragmentation of yoga into styles. This is a modern phenomenon and styles have come into existence only very recently, perhaps this trend started only about 20 or 30 years ago.

There is a difference between the term ‘yoga style’ and ‘yoga lineage’ even though they are used interchangeably in the West today, which can be confusing. A yoga style refers to the way the asanas or yoga postures are executed – so the style merely pertains to the performance of asanas, the physical aspect of yoga.
A lineage on the other hand is a school of yoga which encompasses a complete system of practices and techniques that were part of the traditional/classical teachings and lifestyle of yogis. Classical yoga or the way in which yoga was traditionally practiced, is far more comprehensive and not limited to asanas alone. The goal of yoga has always been realization of the Self and as such all the practices, including the asanas were taught and practiced to this end.

Beyond any limitation of definition inherent in the term ‘yoga style’, we endeavour to introduce students to the way in which yoga was originally practiced and taught. So we are talking about classical yoga, the original system of yoga. Classical or Rajadhiraja yoga is a complete system of self-transformation, including a wide variety of practices, designed to develop body, mind and spirit. And this is what we teach on our teacher training programs. Our teachers receive a wide a variety of tools and practices they will be able to use and teach for the rest of their lives. 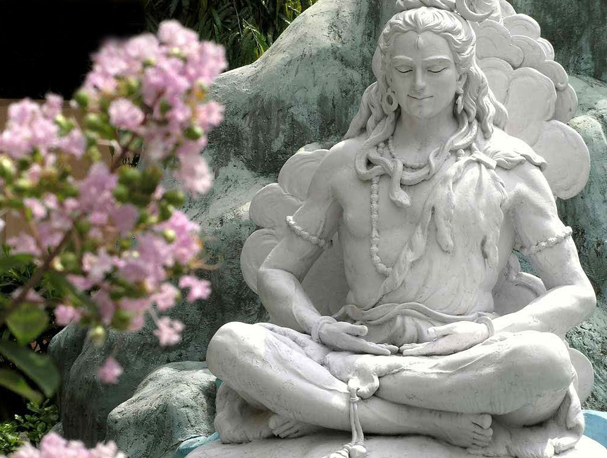 A bit of history:

Our school represents the Rajadhiraja lineage of classical yoga which traces its origin back to the first master of yoga and tantra, known as Shiva, who is said to have lived about 7000 years ago. He was the first yogi to systematize the practices of yoga, encompassing meditation, kriyas, bandhas, mudras etc.

Over time the original systematization got distorted and some elements overlooked, so about 2100 years ago a sage by the name Patainjali (in the West spelled as Patanjali) reclassified the techniques into something he called Ashtanga Yoga or the 8-limbed yoga. Translated from the Sanskrit: ‘ashta’ meaning ‘8’, Anga (or more correctly Aunga) meaning ‘limb’.

Patanjali’s Ashtanga Yoga is also referred to or known as Raja Yoga. (Raja meaning king), so the kingly yoga, or the royal path of yoga, which further means that a yogi never feels subjugated by anyone. The present day form of Rajadhiraja Yoga (the yoga of the king of kings), which is based on Shiva’s yoga and tantra teachings and was more recently revived by the yoga master Shrii Shrii Anandamurti, uses the eight-limbed structure as its basis, but includes techniques of the original system, given by Shiva, which were lost or overlooked – clarifying and correcting misinterpretations – and with recent additions brings the whole practice into relevancy for modern day life and human psychology.

As such our approach is an authentic approach to yoga and the way it was practiced for thousands of years, as we steer clear from the modern approach of reducing the vast canopy of yoga and yoga techniques to a mere ‘style’. Instead we teach students how they can adapt a style to the requirements of their classes and students.

Our Approach to Teaching Asanas

Our approach, specifically with regards to teaching asanas, is eclectic as it draws and integrates the best elements of two different yoga styles. Rather than training you to duplicate a specific system or style, we offer you an environment and resources to develop a solid foundation in the art and science of teaching yoga in a way that is applicable to the class situation and the individual needs of the students in front of you. Hence our approach is to introduce you to the principles of teaching a Hatha or a Vinyasa class, so you can adapt the style to the needs of your students. The way in which the term Hatha is used in modern day terminology means practicing asanas while holding them for a prolonged period of time, whereas vinyasa is usually considered to pertain to asanas practiced in a dynamic flow and shorter holding of poses. 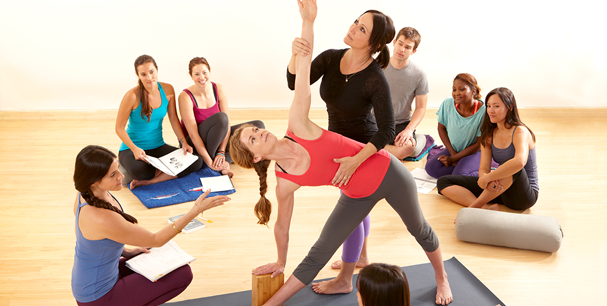 There is a myriad of different styles of Hatha yoga with the most popular styles pretty much all coming from the lineage of the Indian Yoga Master Tirumalai Krishnamacharya.

As you explore this and other yoga teacher training programs, bear in mind that ALL forms of physical yoga, regardless of style or brand – are Hatha Yoga; Hatha is the umbrella over all the physical yogas, from Ashtanga and Bikram to Power and Anusara.

Rajadhiraja yoga, encompasses (but is not limited to) Hatha or postural yoga the way it was originally practiced and taught by masters like Krishnamacarya. Krishnamacarya’s approach was one of adaptation to the individual needs and abilities of his students. He never created a rigid ‘style’.

It’s interesting and not many people know that the teacher of both Pattabhi Jois (who branded the Ashtanga Vinyasa style), and Iyengar (who branded the Iyengar Hatha style), was Krishnamacharya, who was a well known HATHA yogi. So the asanas used in both the Ashtanga Vinyasa and Iyengar styles of yoga are exactly the same, the difference lies in the way in which the asanas are executed (either in a flow/sequence or holding the postures for up to 20 min, respectively).

Hatha is the umbrella term (and always was, traditionally) of the physical aspects of yoga. That is why it can get quite confusing if you look at yoga in terms of ‘styles’, rather than a holistic practice which encompasses the development of body, mind and soul. The splitting into styles is a modern phenomenon, not an ancient one, because yoga is and always was ONE.

There are four basic definitions of vinyasa:

1) the linking of body movement with breath;
2) a specific sequence of breath-synchronized movements used to transition between sustained postures;
3) setting an intention for one’s personal yoga practice and taking the necessary steps toward reaching that goal; and
4) a type of yoga class.

We focus on you learning to understand what is happening with the real students in front of you so that you can give them appropriate guidance. In doing so, we draw from multiple styles and aspects of yoga, including Ashtanga Vinyasa, Iyengar, Sivananda, Anusara, Yoga Therapy, Tantra and as well as yoga philosophy, traditional concepts of prana and yoga energetics, applied anatomy, bio-mechanics, and kinesiology.

You would want to ask yourself whether you want to learn just one sequence (as done in Ashtanga Vinyasa) or learn how to intelligently sequence classes in a variety of ways. On an Ashtanga Vinyasa course you will be taught to only teach a particular sequence (series), which is fine if you want to teach just within that system. However if you want to move beyond the confines of a certain style or teach private clients one day than you would want to get trained in something more broad based and general that will provide you with a great foundation. When you have a great foundation upon which to build then you can add specialty trainings down the line and get creative.

This program also encourages you to explore yoga in all its abundance with the most open mind possible. Our approach is non–dogmatic and we encourage you to apply your mind and imagination and to share in the ongoing evolution of yoga.